Indian Rock is the largest rock in the Tahoe Basin. This 1,000 foot face, actually the northwest face of Angora Peak, rises above Lily Lake. Three terraces divide the face. The Tahoe Wall, above the right side of the second terrace, is 400 feet high. The Treasure Chest is a square wall, 300 feet high, in the center of the face.

I'm sure many new routes have been done since I was last there.

Take the Fallen Leaf Lake Road from Highway 89 approximately three miles north of the "Y" in South Lake Tahoe. Take the left fork of the road before crossing the bridge, to Lily Lake.

Follow the Triangle/Tamarack Lakes Trail on foot for one mile. Then do a talus death march up to the cliff. Allow at least an hour.

Descend north to where one can go left down 3rd class at the edge of the rock. 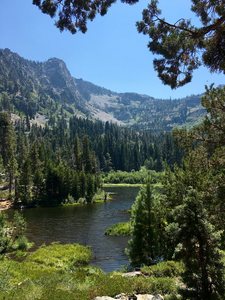 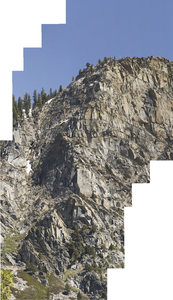 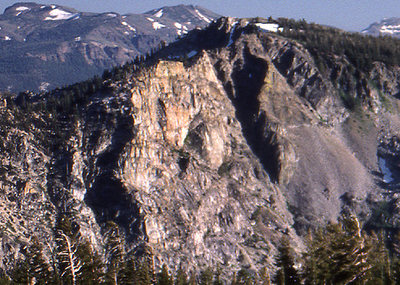 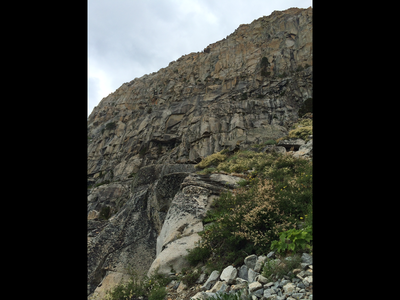 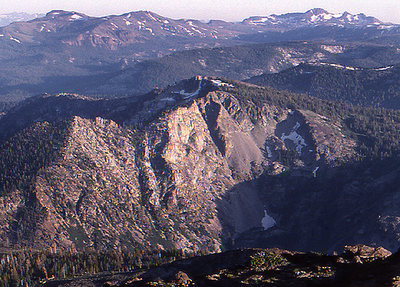 All Photos Within Indian Rock