Areas in City of Rocks

City of Rocks aka "CoR" is just that. A group of condensed boulders sticking out of the ground in the middle of a grassy desert meadow land, that resemble city building structures. Tall steep faced boulders and thumbs of rock, odd volcanic monolith formations that are made to boulder on.

Rock Features
The rock has a quality volcanic patina. Huecos, monos and deep pocket holds can be found here but in limited amounts. You'll be surprised to find a good amount vertical cracks which are sometimes called "meat eaters", taping up for them might be required. But most commonly you'll be cranking down on crimps and blades aiming for a group of monos or a single hueco while traveling up steep vertical faces. But you'll also find blunt overhangs and a few slabs.
The term "buckshot" is used for a face of rock packed with monos and divets which is a common rock feature.

Ethics
The crag ethics are simple. No chipping of course. Limited chalk use and the park authorities also enforce the no bolting and or fixed protection rules. Deeming bouldering as the official sport of the crag. You may come across a rusty old bolt or piton that was placed before the park took over.

From Deming, take US 180 northwest 24 miles, and then go northeast on NM 61 for four miles to the park access road.
City of Rocks State Park Website Link

Mountain Project's determination of the classic, most popular, highest rated climbing routes in this area.
More Classic Climbs in City of Rocks » 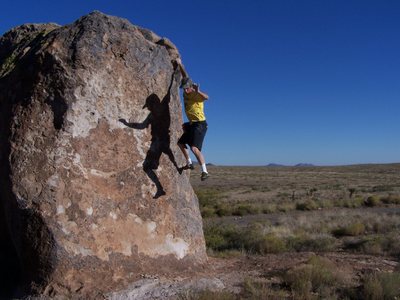 Jeff Laina on a possible First Descent at City… 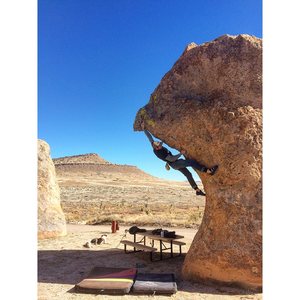 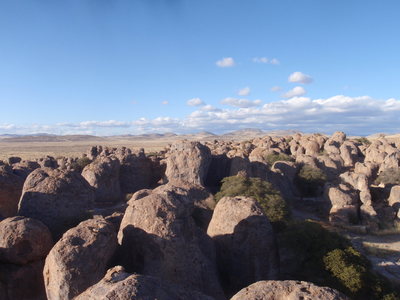 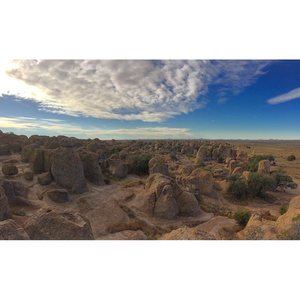 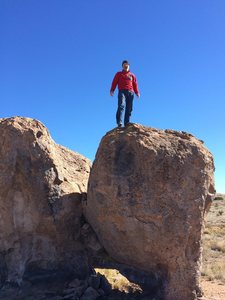 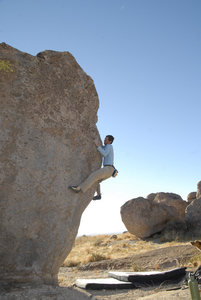 arete with a dog for a spot

Mari working an unnamed V0 on the Frenching Bou… 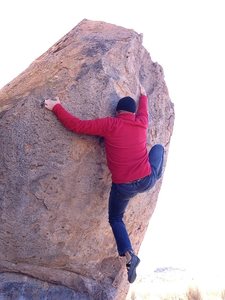 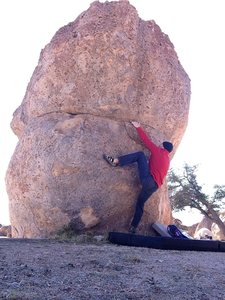 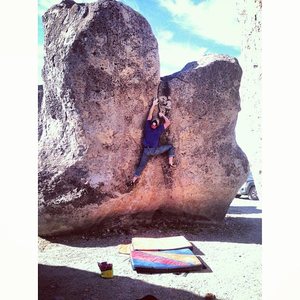 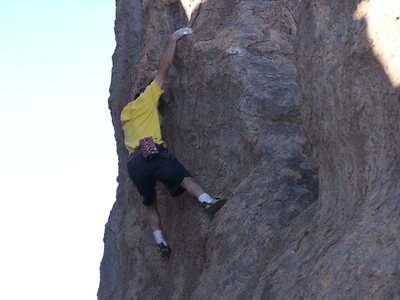 Bouldering in City of Rocks, N.M. 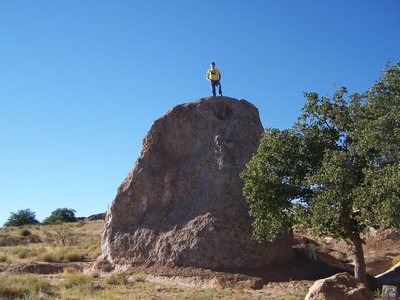 All Photos Within City of Rocks


More About City of Rocks