Start at the aforementioned col. Climb up the talus field slightly to looker's left of the ridgeline itself. This gully is steep, but the talus should be fairly stable. When you find yourself in less-than-ideal, loose ground, traverse to the right of the gully. What may look like impenetrable rock ridges turn out to be very reasonable scrambling, and many enjoyable grassy ledges can be found to link them together.

The rule of the day is to avoid the loose, moraine-like material of a melted out gully, but rather find slightly higher ground that the snow hasn't done its job of carving out the mountain. The rock quality varies, but a good rule of thumb is to stick to the black rock that is similar to the S-N traverse route; preferring the white rock secondly, and avoid rock that's orange in color. The large, loose scree gully to looker's right should be avoided at all costs.

Top out on the ridge just south of the start of the scrambly terrain of the S-N Arapahoe Peak Traverse. The route will ascend ~1500' in 0.7 miles. Because of the loose terrain around the more reasonable terrain, routefinding is essential. The experience is much like the West Face of Snowmass, or the West Ridge of Elbert.

A helmet wouldn't be a bad idea. 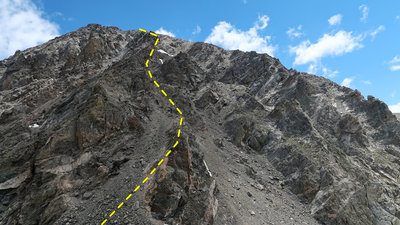 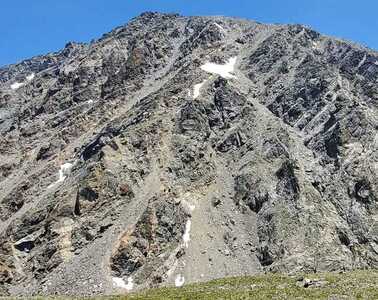 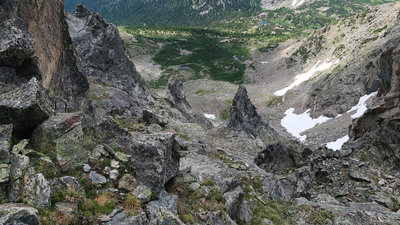 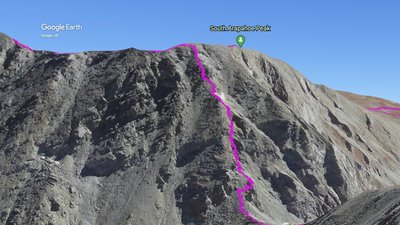 The route is in magenta. Avoid the large, loose…