This is the ice drip that follows the left-hand corner of Marcy's Great Chimney. The approach is the same. It was fat during the FA in 2020. It seems to be chronically thin and brittle though 2019 also saw fat conditions in March when I walked by.

This is a pumpy, stellar line up four sections of slight overhangs with variable ice conditions. The left wall is generally laminated as well so one can gain some meager footing there as needed after the first 30'. The crux during the FA was about 40' before the obvious blockage of trap rock halfway up. The final critical point is up a slightly overhung curtain 2/3 of the way up.
A short low-angle gully leads to grade 4 ice for the topout under the giant chockstone.

This is the primary feature of the Chimney Wall roughly .5 miles into the Gorge from the N end.

Gear during the FA was 11 screws (stubbies to a 22 cm at the top) and 7 pieces of rock pro (#3 stopper to #3 camalot). Spectres might be handy with thinner ice as well. 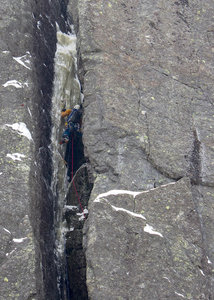 Kevin leading the curtain during the FA. Photo… 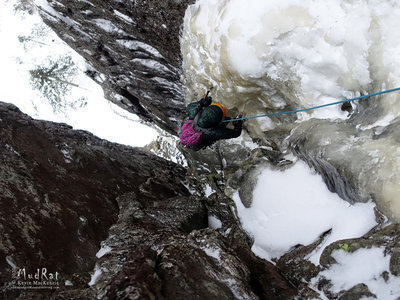 Katie Vannicola during the FA. 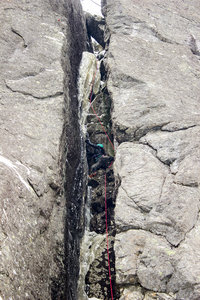 Emily Schwartz at the central chockstone of tra… 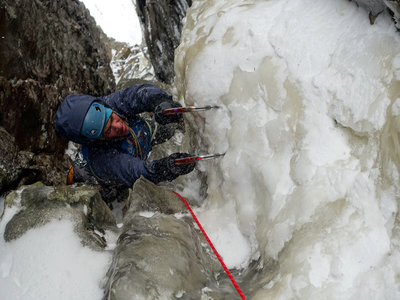 Harold Sutton on the curtain topout during the FA. 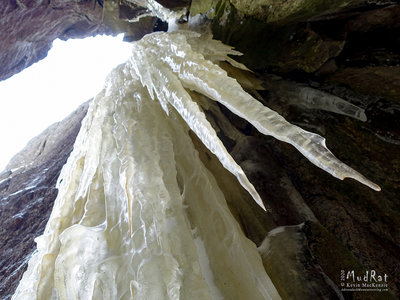 Cave behind the upper curtain. Fat! 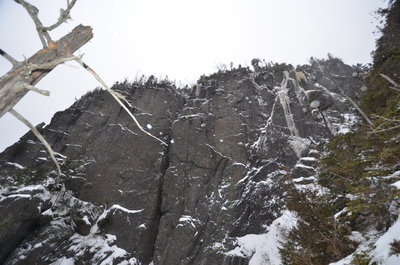 Chimney Wall with the obvious chimney left of c…

More About Passion and Warfare