3. Hike along base of Fraucata

Routes in 13 Hikes in the Park

We included this hike with our waterfalls hike, and thus did it counter-clockwise, but most people do it clockwise so that they have the very easy gravel road for most of the return to the bus drop off/pick up. However, doing it clockwise there is a good chance that you might miss seeing the huge cliff wall formed by the Pilar de la Primavera, Tridente, Cotatuero and Pared de la Cascada, thus I recommend doing it counterclockwise and will describe it that way.

There actually is a small section of chain "fixed", although the section it is on, is NOTHING like as difficult or "potentially dangerous" as on the Tozal del Mallo hike.

Start at the bus drop-off / car parking and walk up the gravel road. About 3/4 km ( 1/2 mi.) you'll pass the trail up to the Cascada de Cotatuero (where you'll come down). About another 2 km and you'll pass the side trails to the waterfalls. The road now starts to climb a bit more steeply and passes a building on the left, then does a big "dog-leg" turn. Shortly thereafter the trail you want branches off left.

Take this as it rises to the base of the Fraucata wall and proceeds to follow this to where it descends steeply towards the Cascada de Cotatuero. After crossing on a bridge, take the left branch downhill back to the car. (The right branch goes uphill to the Cascade and the trail along the base of the huge cliff of the Pared de la Cascada, Cotatuero, Tridente and the Pilar de la Primavera. )

This is not a long hike, so there is plenty of time to also explore the waterfalls.  The hike along the base of Fraucata has magnificent views of the cliffs on the opposite side of the valley, as well as into the valley itself.

The photos "Fraucata Photo 01 to 13" were taken while hiking in the counter-clockwise direction.

Start at the bus drop-off / car parking and walk up the gravel road.

There's actually a bit of new stainless steel chain at one place. 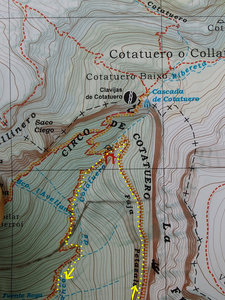 Map of the area around the Cascada de Cotatuero 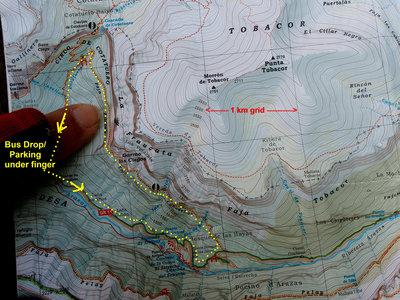 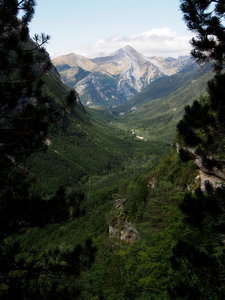 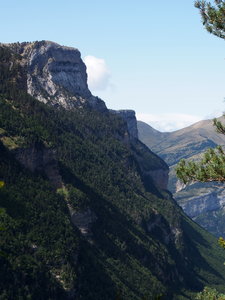 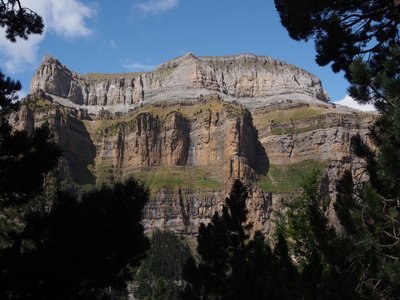 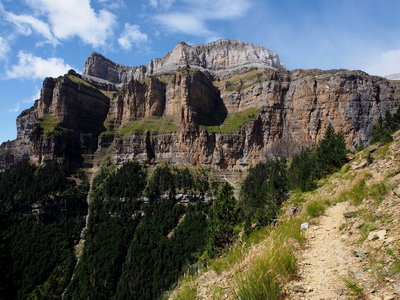 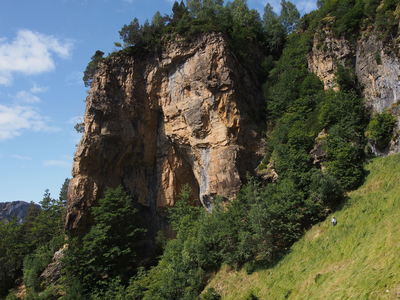 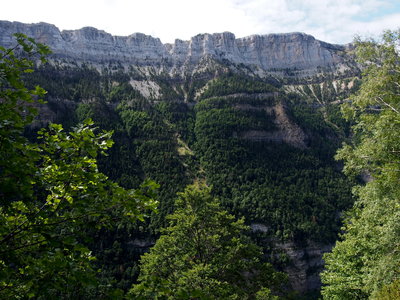 Fruacata Photo 2 - Looking across the Valley at… 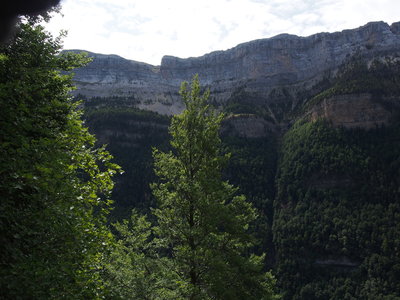 Fruacata Photo 3 - Looking across the valley, a… 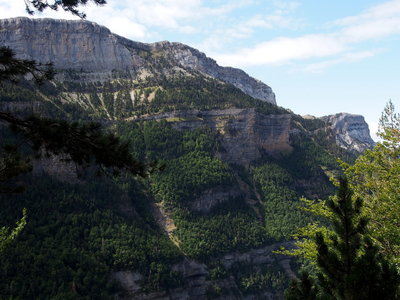 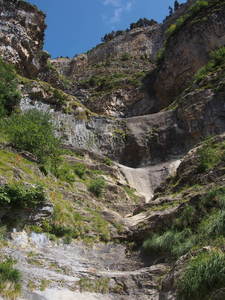 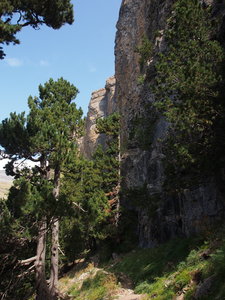 Fruacata Photo 8 - I believe we are now appro…

More About 3. Hike along base of Fraucata