Similar to Bernie Sanders route, but ascends vertically instead of to the left. Holds (crimps/pinches/ledges) and throws aren't terribly difficult, but the top out is a little sketchy, especially compared to Bernie Sanders. 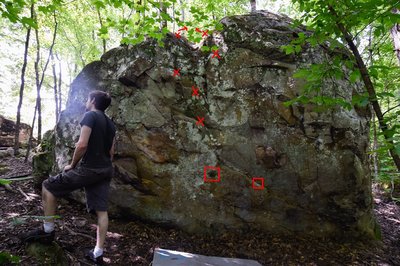