Routes in The Vault

This is the direct line out the double tiered roof system in the middle of the wall.

Climb the first 3 bolts of Eweoptia, get into the pod and relax, then head straight up to clear the roofs. I saw this route when on Ew... and thought it looked hard and intimidating, then I read the comments on that route's page where it is listed as 12d/13a. I got on it last weekend, and the whole time I was wondering where is the next set of cruxes after the boulder problem beginning? The second roof on the route has one or two tricky moves, some awesome holds, and good air. The last few bolts of the route are just the right amount of runout and easy but engaging. The route climbs almost to the top of the wall, climbing the final black overhang of the wall (also easier than it looks...).

I honestly think this route is better than its two neighbors as a whole - steeper, more fun moves, more committing, and yet barely harder, 12b? Let me know what you think! This thing definitely deserves more traffic!

Climb the first three bolts of Ewetopia, and continue straight out the roof instead of breaking right to the crack. 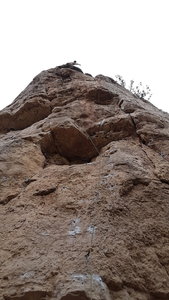 You can see essentially the whole route. I am j… 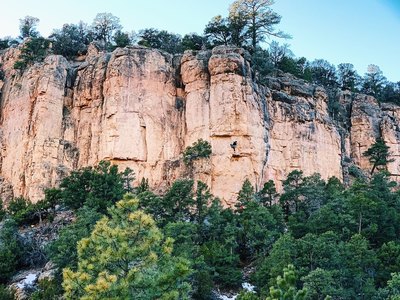 After the first roof and before the final half…

More About Jewel of Denial