Access the east ridge by traversing south around Cyclone Lake. Once on the ridge follow it toward the summit, sometimes traversing snow or clean granite slabs, other times meandering along the vegetated ridge crest. Eventually the ridge becomes rocky, composed of varying sizes of talus. Continue along this ridge or ascend via the margin of the glacier toward the 3rd class scramble to the top, which begins in a notch (snow filled in early season) on the southeast side of the summit tower. The glacier can be glissaded most of its length to quicken the descent. 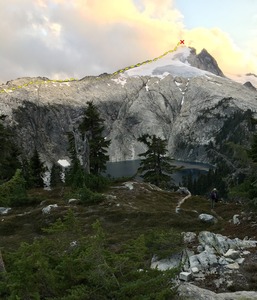 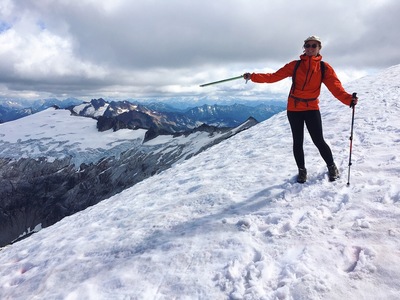 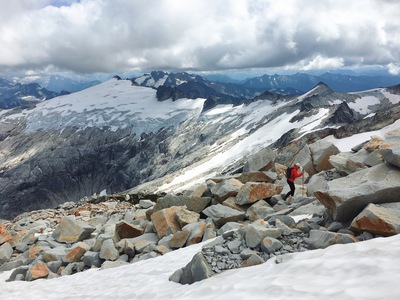 Looking down the glacier