Steep face climbing on small holds with no rests. Sustained! Minus a couple holds, the rock is excellent. The moves aren't as difficult as Elusive Trophy (the original testpiece here), but it's more sustained. This was a former toprope called Preservation.

Go up the right-leaning flake to a good jug at its top. Work left to a rail, then make a hard move up and right (crux). Continue straight up the face with no rests to a fixed anchor.

Just right of Father Knows Best on top of a pointed boulder, below a right-leaning flake. 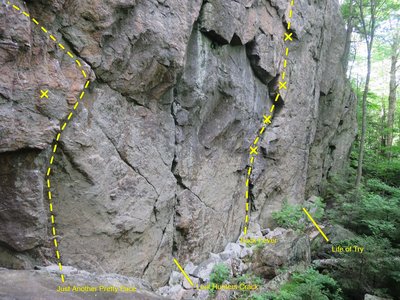 The starts of Buck Fever and Just Another Prett… 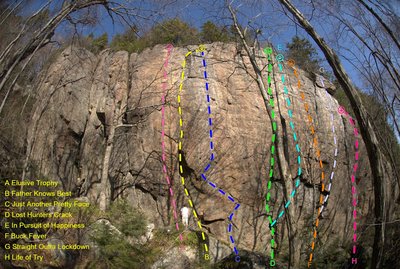 More About Just Another Pretty Face