This is a fantastic couloir located climber's left/northwest of Skywalker Couloir. It has seen numerous ski descents; however, it makes for a great climb later in the season as well.

In early season, expect snow up to 55 degrees. In later season, you might encounter AI2 with bits of scrambling.

There are a couple start options. Skiers generally take the prominent apron/gully further northwest, and climbers might opt for a narrower left-angling finger further right/southeast which intersects the overall right-trending line and hitting the South/North Arapaho Traverse about 700 feet northwest of South Arapaho in the class 2 section. The general couloir meanders up the prominent west-southwest gully with a few short traverses potentially required.

Go left for the Class 3 traverse to North, or go right at Class 2 to hit South and the trail.

This is a line on the southwest face of South Arapaho Peak. It is the most prominent, though meandering, line/gully northwest of Skywalker. The base is approximately 300-350 yards northwest/up valley from the base of Skywalker.

Approach as for Skywalker from 4th of July Trailhead or stick closer to the main drainage. Approximately 1.5-2.5 hours from the trailhead (closed in winter/early spring). 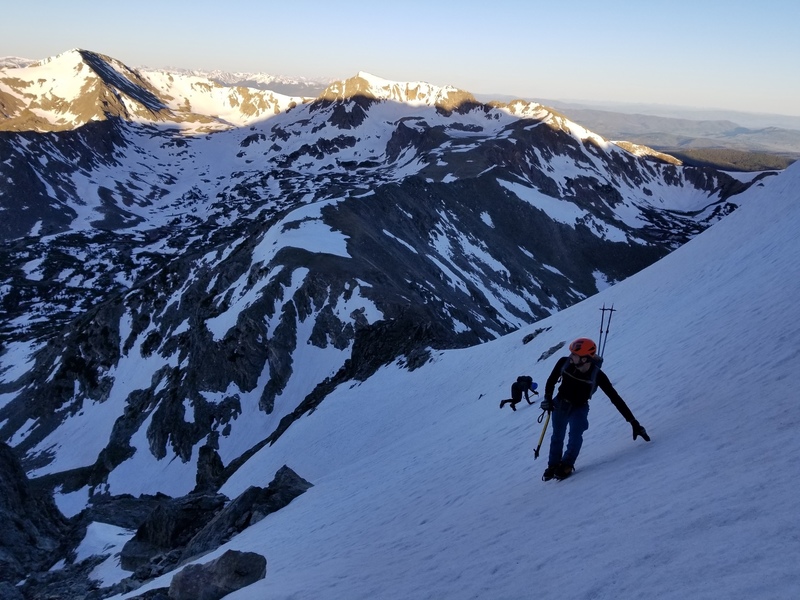 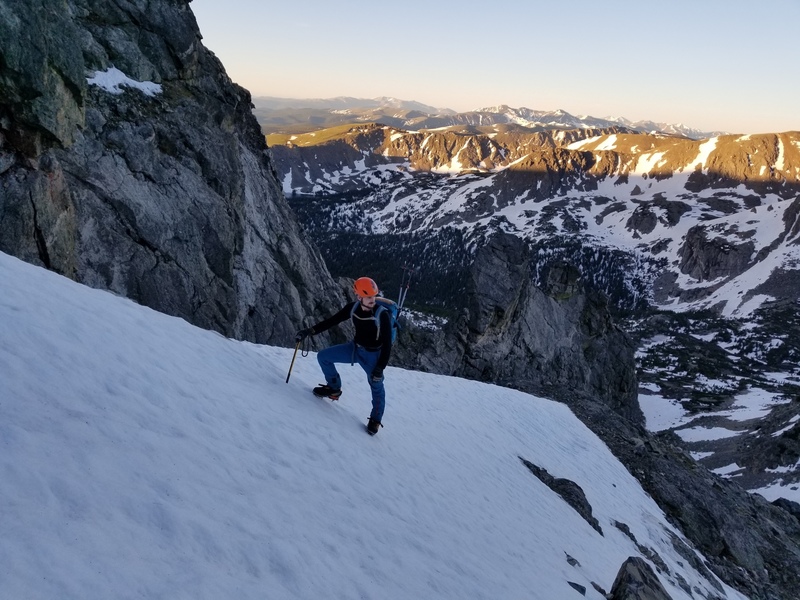 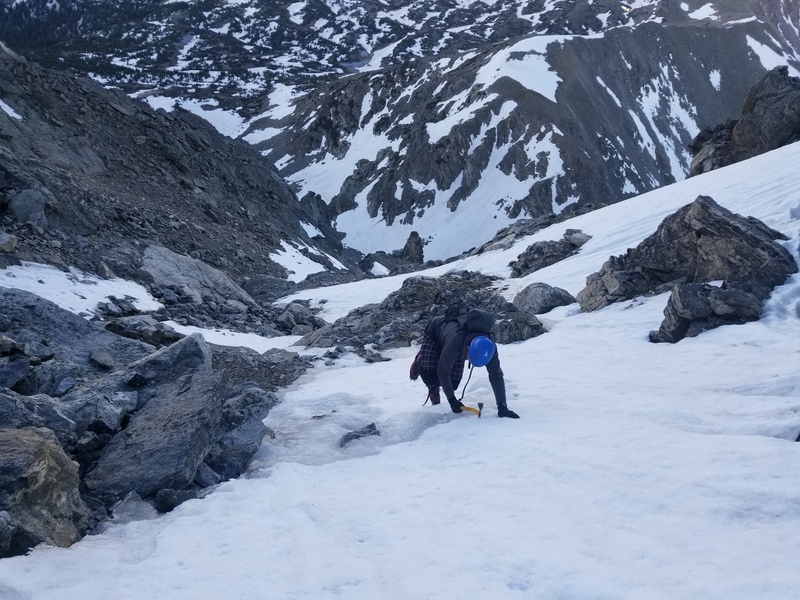