East Temple is a monarch of Zion National Park. Despite the sheer and improbable appearance, a technically-easy route reaches the summit. Despite the grade, however, one should expect the usual Zion fare - slickrock, brush, and slightly sketchiness not suitable for those who aren't comfortable with a bit of thrashery.

From the end of the canyon overlook trail, head north up slickrock until the reddish rock starts transitioning to white. Follow slickrock ledges out west and contour around. One gully in particular interrupts the ledge - we found it best to descend the gully a bit from our ledge onto red slickrock. Follow the bench around and below some chossy points to a good overlook.

A large gully should be in front of you with red and white slickrock and weaknesses opposing. Pick your way into the gully and descend a couple hundred feet until the base of a small probable looking gully branching uphill on right/north.

Ascend slickrock left of the gully. This can be kinda sketchy with micro route finding. Sticky shoes recommended. I thought this was the mental crux. Once it tapers off, ascend another gully at the base of the wall, which might be the physical crux, though brief and not too exposed. We used a partner assist rather than belaying. Note the rappel slings in this gully system.

Here, you should see a line of bolts ascending up and left. Follow these for a rope length and a half until the terrain eases. Frankly, I thought this section was quite easy mentally and physically compared to the lower slabs.

Drop gear and scramble up. Bypass the final summit block via a long contour around the north side to an east weakness.

Descend the route. A single 60 m is fine with several raps or handlines.

Take the Canyon Overlook trail (parking is a zoo after 7ish) to the end. The trail starts at the east end of the tunnel. 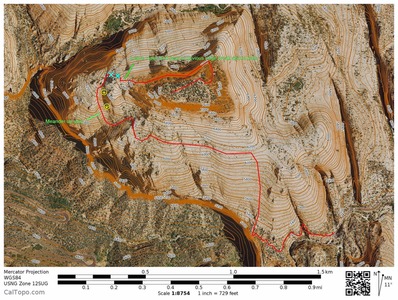 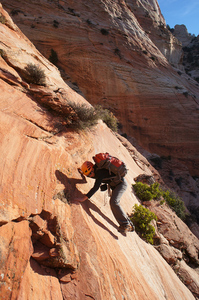 Me carefully climbing slabs out of the v-slot. 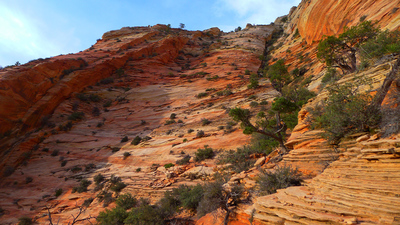 The climb out of the v-notch, slab and gully (r… 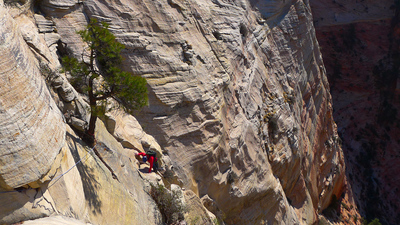 If you take the generally easier gully system l… 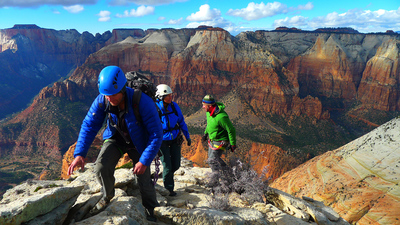 Heading for the summit of the East Temple. 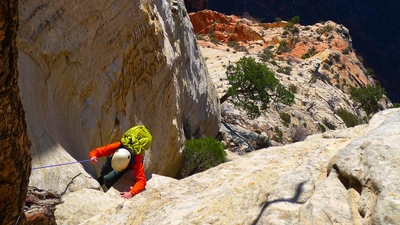 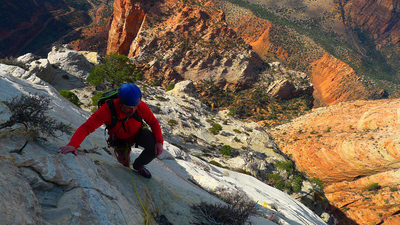 Near the top of the bolted pitches. 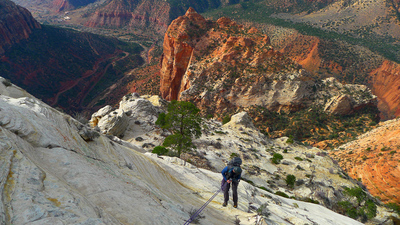 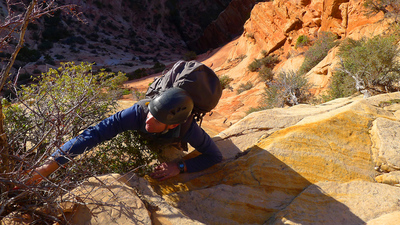