Spur of the Moment Tower, The Loveridge

Named for Maribel Loveridge who died in an avalanche in the LaSals in 1992, along with 3 others.

Every pitch on this thing is awesome, with great rock and lots of varnish. There are bolted anchors and great ledges at the top of each pitch. It's listed in Karl's book as 5.12 C2, but Herb and I free climbed the whole thing, on-sight, at what felt like solid 5.11. As an aid route it would likely go at 5.10 C2. We put the "+" because the last pitch, the crux, has some strenuous climbing on not-the-best rock, with some small pro that could likely rip in the event of a fall. There is also some great rock early in the pitch, so don't be deterred! When leading it on-sight, we felt like it might merit .11+ effort.

The 1st pitch starts left of the main system, in a gully with some calcite. Go up a nice thin-hand crack to the first of two protection bolts. Above these, a nice finger and hand crack leads to the anchor. - 5.10

The 2nd pitch has a difficult move at the beginning, with hard-to-place gear. I'm 5'10, and with two stoppers girth-hitched together I was barely able to reach the constriction to place the #7...you'll see what I mean. If you can't reach that, you can slot 2 or 3 tiny (#2 & 3) stoppers into the corner a bit lower. For shorter folks all of this gear may be hard to place, making the move pretty dicey as it is far from the belay with no other gear in between. I jumped to the finger lock. Later in the pitch, there is some wild stemming above a slot that will only take the 000 c3. I would suggest having two, as I only had one and it was a bit scary. - 5.11

The third pitch is a beautiful hand crack in a corner, ending on a big ledge. - 5.10

The 4th and final pitch has some wild climbing, and multiple sections that are heads-up. Steep thin hands lead off the ledge to a cool surprise with tiny gear for pro. A strenuous finger and off-finger crack then leads to a precarious stance on the headwall. It would be best not to fall on the last part of this pitch. Place some tiny gear in the sandy crack and commit to the bulge, using face features and such. Some more committing climbing and dodgy gear leads to the summit. - 5.11+ R

Two 60m rappels will bring you to the ground. We updated the webbing on the summit and the 2nd pitch anchor, and left the 1st and 3rd anchors with just the bolts. You might be able to do 4 rappels with a single 70m, but I'm unsure of that.

Across and just up river from the Goldbar Campground. We took pack rafts and paddled up river around the island, then took out in the brush below the tower at some obvious blocks. The route is obvious and the first pitch anchors are visible once you reach the base. There is a good photo in Karl's guidebook 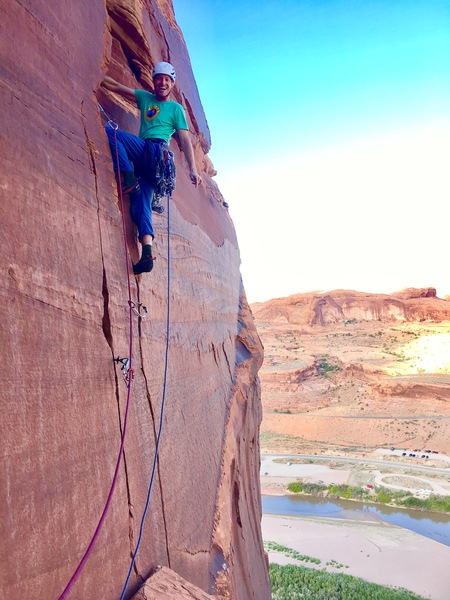 [Hide Photo] There is a classic photo in Karl's book of Kyle Copeland at this spot, smoking a cigarette, but the negative in that one has been flipped so it appears as if you're looking up river. 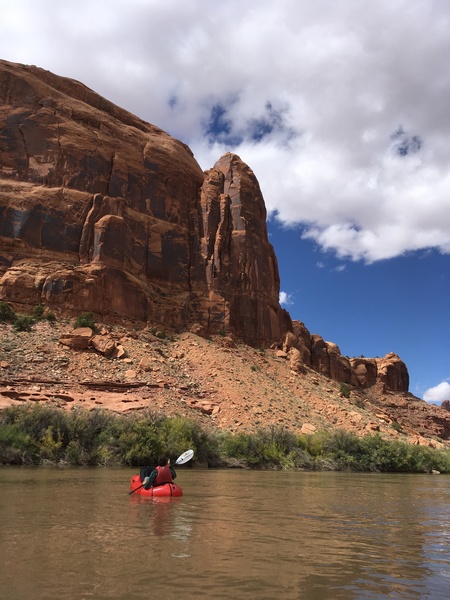