Routes in Hallett South Side

This mixed climb goes up the north face of Otis Peak from Chaos Canyon. It is 2/3 to 3/4 of the way back into the canyon from the lake. You have to almost pass it to see it. See the beta photo for more details.

It offers three steps/cruxes early in the route followed by a moderate snow climb to top out on Otis Peak. The cruxes feel similar to those found on Dreamweaver, though somewhat shorter.

In late May (2017), the hardest crux was the third one. The right side offered ice but was a bit rotten at the bottom, making for a difficult start. The left side was mostly rock under a bit of snow.

Descent options are plentiful. Descend Andrew's Glacier, traverse around to Flattop, or head down Otis's East Ridge, and pick a line back to Lake Haiyaha.

I climbed solo, but a few nuts, cams, and a couple screws should suffice. I saw no signs of protection or leftover rap slings. 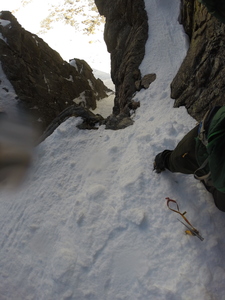 Looking back down after finishing the third cru… 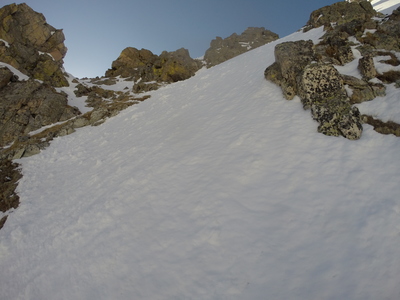 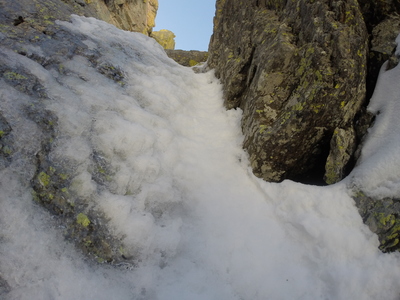 Looking at the right ice option on the third cr… 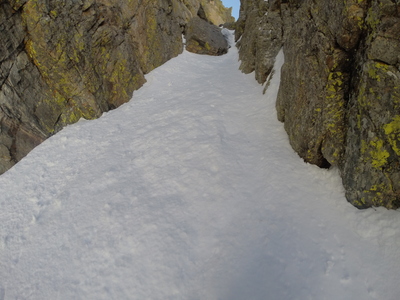 The third crux is (barely) visible at the top o… 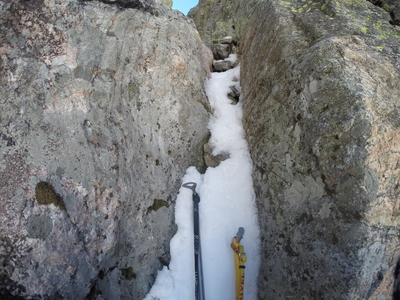 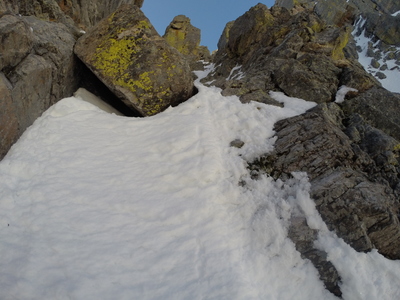 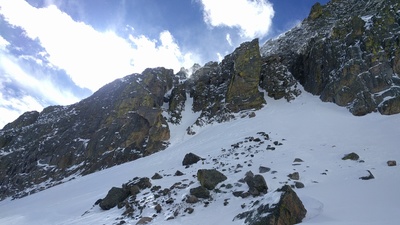 Cracklin' Otis Bran is the leftmost route in th…