All I Want is Subway

Buildering is a dangerous and illegal activity that can result in serious injury and/or death. The climbing featured in these area shouldn't be attempted unless you want jail time and hospital bills.

All I Want is Subway is just another FA put up by the Mallory boys that climbs the first column under the west roof on the south face of Best Buy. You must place both palms on the underside of the giant roof above in order for it to be a send. The first ascent was put up by an overly confident older brother. The second ascent done by an even more confident and extremely hungry younger brother who was rewarded a $5 footlong sub for completing the climb.

It is on the South face of Best Buy. Climb the westernmost column under the giant roof (awning).

An appetite for adventure, buildering, and Subway. A pad would just make it weird. 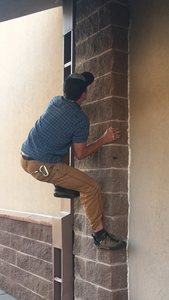 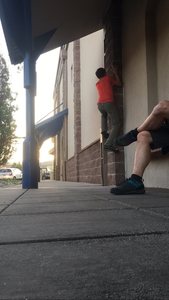 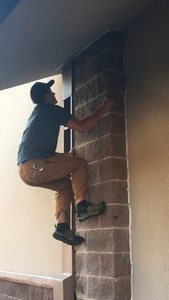 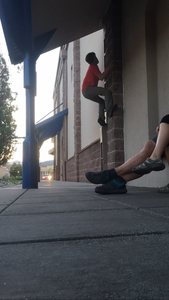 Micah Mallory on the second ascent.

More About All I Want is Subway