Tocllaraju is a popular mountaineering objective in Ishinca Valley, one of the most frequented areas in the Cordillera Blanca. It is the most climbed 6,000 meter peak in the range. The northwest ridge is the standard route to the summit.

From high camp plod toward the base of the northwest ridge. Sometimes it is possible to shortcut and gain the ridge about 1/3 of the way up by climbing 45 degree snow slopes through seracs. This variation saves some time if in condition.

Once on the ridge follow it to the summit pyramid. This final obstacle is brief but fairly difficult, earning the route its D rating. Conditions vary widely. Most route descriptions describe two pitches of 55 degree snow and ice including two bergschrund crossings. In July 2016 (which was very dry) the route did an exposed traverse left on ice and rotten snow to avoid the higher bergshrund. Reaching the true summit also required a substantial crevasse jump at this time.

Approach via Ishinca Valley. I highly recommend taking advantage of the readily available burro support to and from Ishinca Base Camp. In 2016 we paid $9/person each way. Why would you not?!

Parties typically use one camp above base camp to climb Tocllaraju. In years past this camp was on the glacier below the west face. In 2016 it was on the moraine at 16,700 ft. I suspect this is due to the fact that the glaciers are rapidly receding.

Generally a few pickets and ice screws. Most route descriptions recommend two ropes but we managed with one. Ask around about current conditions. 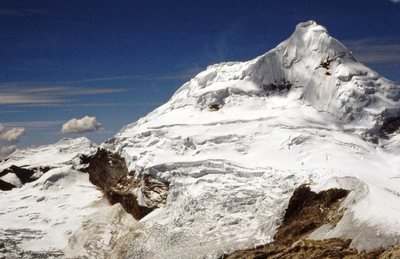 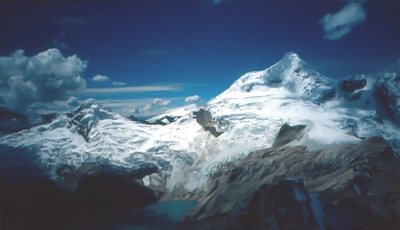 Spectacular sunrise over Copa and neighbors as… 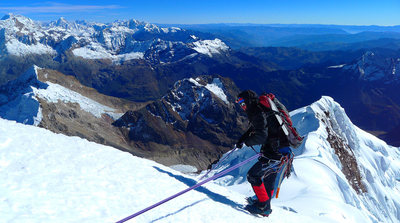 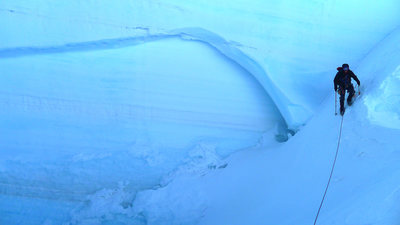 Descending the cutoff below the ridge. 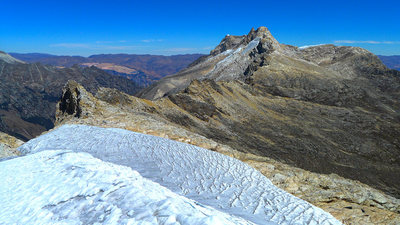 The icy lower glacier with Urus in the background. 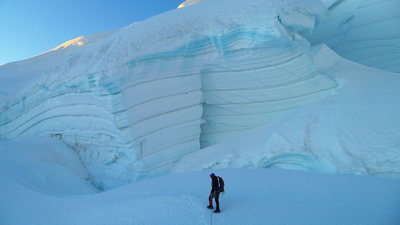 On the northwest ridge. 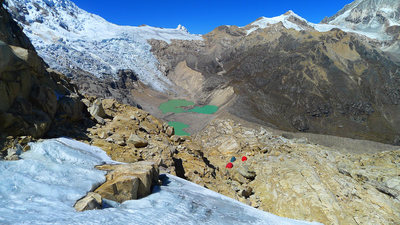 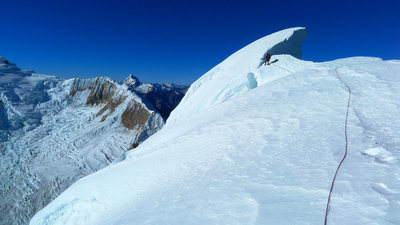 About to jump the crevasse guarding the summit… 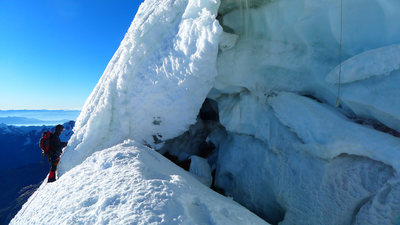 Start of the summit pyramid difficulties in Jul…