Don Reid says it best, "bold and beautiful." An incredible line that links up slab happy pinnacle with an awesome hanging dihedral via an "amazing orange face" to top out the wall.

P1-3: The dihardral seems the most natural start. (honestly, the curx of that route felt just about as hard as anything on this). These pitches can also be done in 2 as described here on MP. The center route can also be climbed. At any rate, reach a bolted anchor in a notch in the pinnacle itself.

P4: 5.10c tad spicy. Your bolt of the next pitch can be seen up and left from the belay. Instead of traversing straight left to continue to the top of Slab Happy Pinnacle, climb to the top of a little pillar and up underneath a roof. Nest some gear. Smaller is better where the roof/flake is a bit more solid. A finger size piece can also be had out left. Once satisfied, make some insecure moves to get your feet up on a dike feature where you can then clip the bolt. Romp up the sweet flake and belay at a small stance where we found some tat, right before the face pitch starts.

P5: 11A. Here goes... Thing is truly amazing. A piece or two for off the belay and then it's 6 bolts in roughly 40 meters. Bolts are original but seem solid. They do an ok job of protecting the hardest bits. Clip the 7th bolt once you gain the ledge system and traverse left to set up a gear belay in the corner.

It's best to ignore the "temporary belays" that Reid shows. Possibly that was for 50m ropes?

P6: 11b. The sweet corner. This thing is obvious from manure pile. It's a little licheny but a lot of fun. Lieback up the leaning corner until it turns into a roof. Crux is tips underclinging and is over pretty quickly, but it packs a pump. Gain some jugs on the lip of the roof and then climb up to a stance and gear belay.

p7: 11b tad spicy. This pitch is cool but a pian in the ass. Nest in some gear off the belay and bust a tough face move up and over the little roof. Easier climbing leads up to a fixed anchor of sorts. Back it up and clip it. Climb back down and then bust a little move out right to gain a ledge/ramp. Continue traversing right on steep flakes until a nice stance before it gets easy.

My 2nd climbed up to the fixed anchor and put himself on a lower out, but then climbed free with me still belaying/feeding out slack. He climbed back down from the fixed anchor, made the move out right and then pulled the bight of rope. Worked ok. The "pro for follower" as Reid notes would theoretically work but it seemed way too out of reach for me to get some in there, so we went with this lower out method. (should just have a bolt)

P8: Easy right and up to gain the east ledges. In all honesty, some route finding issues could be had towards the top. After getting to the top of the initial section (crazy, giant, detached flake. but don't need to touch it), we headed straight up, up a blank looking corner where jugs and some gear appeared. Then it's over. Looks like you could continue going right as well.

Good description under slab happy main page. Can also just park at Manure Pile which is nice when coming down east ledges. Oh yeah, on that note, don't take packs to the base.

Best to just take a double rack to #2 and at least one number 3 for the dihardral and P4. RPs might come in handy for P4 and an extra .75 could be nice for the corner pitch. 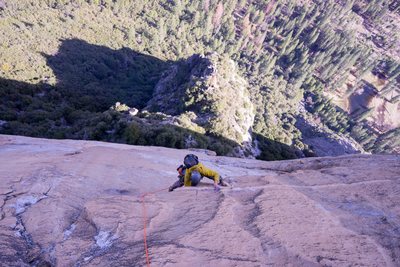 Towards the end of the 11b undercling (P6) 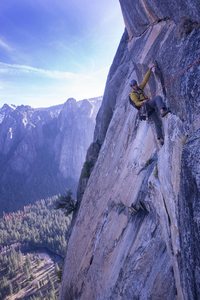 Steep flakes towards the end. Can see the east… 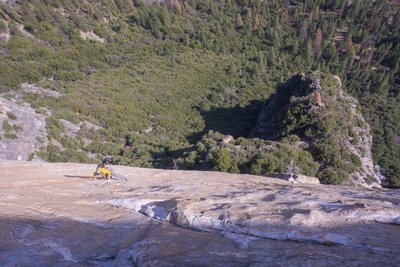 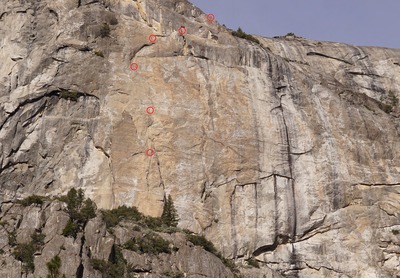 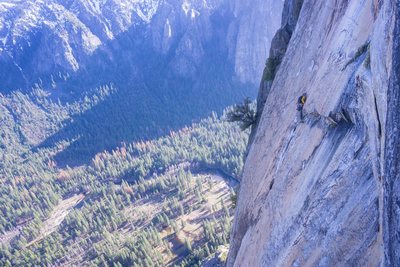 Tough face move at the top. Most of the corner… 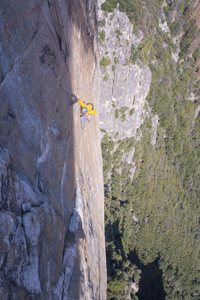