This is the direct route on the north side of South Sister from the Chambers Lakes area. It is also the most common route of ascent for climbers hoping to enchain Middle and South Sisters in a day. The rock is very poor even by the standards of the area and consists of poorly welded cinders in places.

The first half or so of the route climbs a long narrow scree ridge, which eventually gives way to decent and amusing 3rd class scrambling on decent rock. Eventually this gives way to horribly rotten red rock. The best way out of this is to traverse up and right until the angle decreases.

I would compare this route in difficulty to the south ridge of North Sister, thought the climbing is probably a little bit easier and the rock a little bit worse (which should tell you something). If you can do one of those routes you can do the other.

I wouldn't recommend this route unless you were coming from Middle Sister, in which case it makes sense. Otherwise it probably isn't worth the hike.

Descend via another route like the south side if you can.

Webbing to sling horns and blocks if you want to protect the crux. Nuts and cams are probably worthless. Probably pickets in winter. 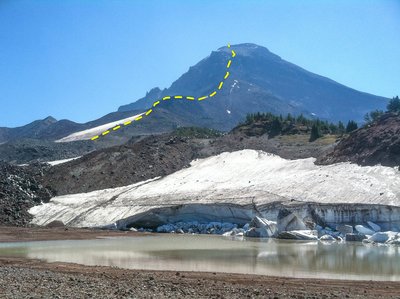 The north ridge in late summer conditions from… 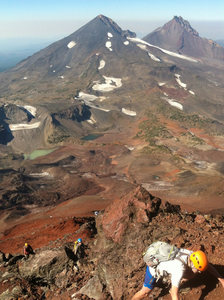 Scrambling up nasty choss high on the ridge nea… 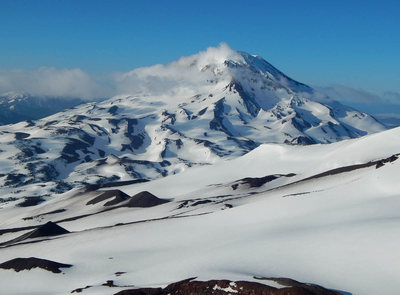 The north ridge of South Sister is the prominen…