I did not name this route. It may not be the worst sport route ever, but it is fairly close. I have not been on many that are worse. The rock is friable and chossy on the last quarter of the route. It is not too bad on the first three quarters. There are flakes up top that will probably fall off if used as holds. Most of the bolts are buttonhead style, and the ones that are not have SMC hangers. It is a long ways between the first and second bolts. A small cam can likely be placed toward the left side in this section. Something close to a #0.75 Camalot. At the third bolt, you traverse right past two bolts before moving up again. The crux seems to be at about the 6th bolt right before the really horrible rock. I toproped the route, and if you climb it, I suggest doing so.

This route is on the right side of the crag in the tallest section of the rock. The two bolts on the traverse can be seen from the ground. It is hard to see the first bolt from the base. You walk off to the right (east). 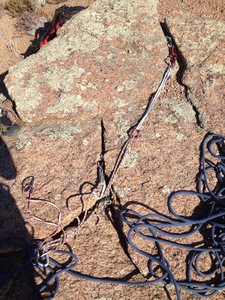 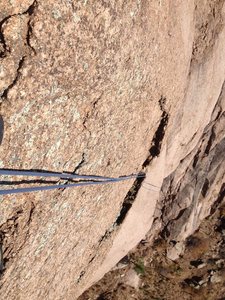 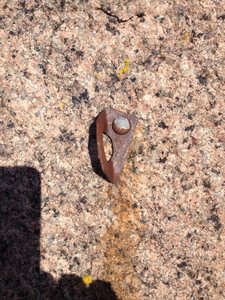 One of the scary bolts. 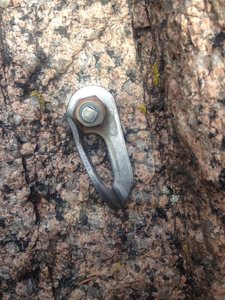 One of the better bolts (an SMC). 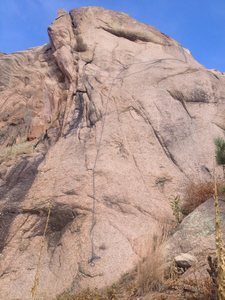 The route with a rope on it.

More About Worst Sport Route Ever