This route is a serious proposition as both the ascent and descent need to be considered before embarking on the Verte's slopes. Recommended that you get an early start and staying at the hut is best for logistics. Follow the beautiful couloir towering over the Argentière glacier by starting at an approachable angle of 45 degrees which then steepens the higher you go until it reaches 60 degrees at a rock fin about two thirds of the way up. The fin can be passed either on the left (beware of potential climbers and rock fall to your left on the Grande Rocheuse) or to the right side. From here aim for the summit on 45 degree snow/ice. Some exposed seracs at the top can be navigated by going right and then following the ridge shoulder to the top. Be aware of avalanche conditions and avoid during periods of snow loading and high winds due to potential slab formation up high.

Accessible from the Grands Montets telepherique or from the Refuge d'Argentière across the way on the other side of the glacier. About 45 minutes from the telepherique if using skis; about 1 hour from the refuge to the bergschrund if walking. Cross the bergschrund center right at its highest point. Descend via the Whymper Couloir on the southeast side. Best to descend early in the day to avoid soft snow and avalanche conditions on the Whymper. At times the Whymper is set up with rappel anchors all the way down. Both the Couturier and Whymper couloirs are famous steep ski descents! When the Whymper is not safe to descend, follow the Moine ridge down, safe but very long and tedious with difficult route finding, plan on about 5 hours to get down if going this way. Other option is to wait for the snow on the Whymper to refreeze before descending. It is also possible to descend via the Couturier by a combination of down climbing and rappeling, look for rappel anchors on the way up and commit them to memory.

some ice screws usually helpful on the upper slopes, otherwise plan to use two ice tools as your primary means of protection. Glacier travel protection and know-how mandatory as there are plenty of crevasses on the approach and exit.

A word of caution, this long North Face require good conditioning and route finding to get up and down. Some times the way down is as challenging or more so than going up. Be prepared to hunker down or rappel your line (v-threads) if conditions and time warrant you to back off. In 2012 a solo climber survived a winter storm two thirds of the way up by digging a snow hole and waiting three days for a rescue...she only had minor frostbite. Also, some competent alpinists have taken more than 7 hours to get down the summit via the Whymper. The 150m descent to the top of the Whymper Couloir took more than two hours due to unconsolidated snow... 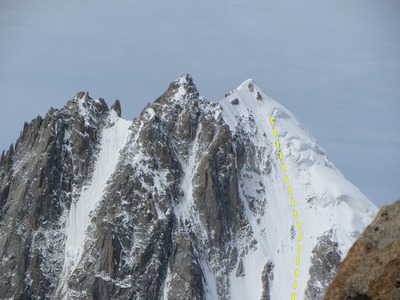 the upper Couturier Couloir leading to the snow… 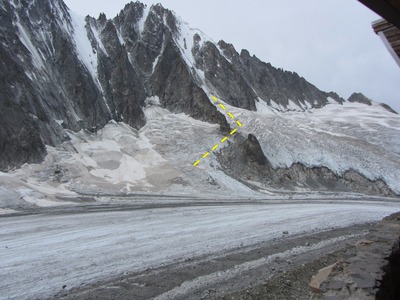 approach from the refuge, July 2015 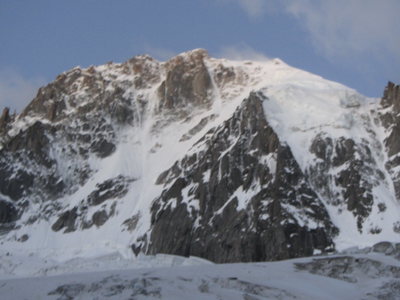 view of the route as you approach from the Gran… 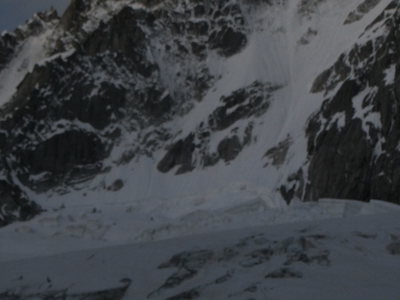 start of the couloir is typically accessed from… 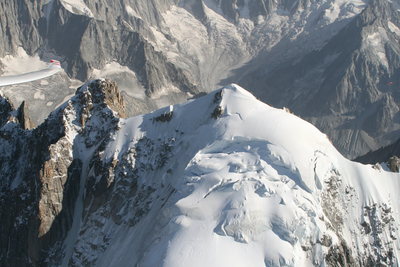 aerial view of the Aiguille Verte summit, with…