Around the corner from Superstitious is a short toprope that follows a few bulges. The anchors bolts are oddly placed as if the route was originally intended to have lead bolts. Rappel from the tree above to get down to the bolts.

Update: This is actually an 11a, named Baby Grey Whale by the first ascentionists. It was intended to be a three bolt lead climb. They left a fixed line up and stashed their drill, but all was stolen by the next day.

Tree anchor to rap down to bolts below the lip 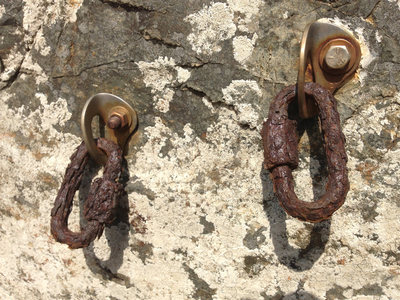