Routes in The Ravines

Viola is likely the least-traveled of the ravines, so it's a good place to escape the crowds on a busy weekend. If you take the least difficult line on each pitch it may also be the easiest ravine. But that's not to say that there's not some challenging climbing in there - leaving the streambed at the 3rd pitch puts you on a stout 2-pitch grade 4 option. To the right of the top pitch are another couple alternatives, one of which is a long easy smear culminating in a vertical, often narrow pillar. So look around as you climb; there's probably more ice up there than you can do in a single visit.

There is also an abundance of mostly untapped potential in there for mixed climbing. As of March 2015, there's a short M7 left of P1 ("Pneumococcus") and an M6 right of P4 ("Ride the Pony").

If it's more ice you're after, contour 200 yd right of P3 and you'll come to the Landslide Wall, a broad wall of WI3 ice offering at least 8 different lines. One can descend from this area back to the base without rappeling. UPDATE - sometime in late 2021, the landslide wall lived up to its name, releasing a massive slough of rock. Climbing (and hiking down) in that area could be dicey for a while; you've been warned.

Follow Hillyer tote road until a cairn and fallen tree on the right signal the turn-off. Descend slightly as you head right toward (and then across) Hillyer creek. Contour across the slope to hit the first pitch.

Typical ravine climbing: shortish pitches, easy to see what you're biting off. Rap anchors should be there where you need them (massive fallen trees atop P1 and P2 can be used as well.) 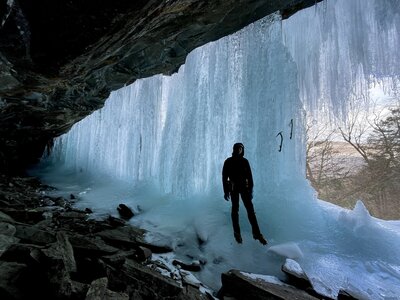 Eric in the Blue Room. 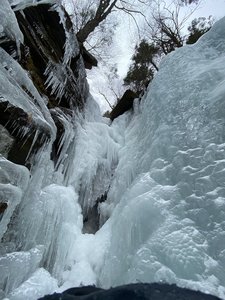 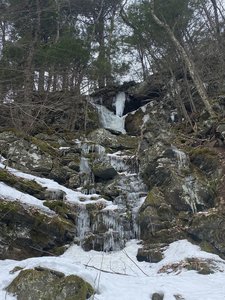 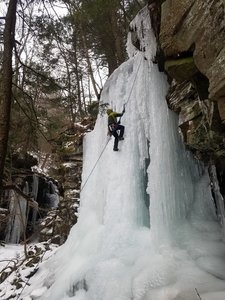 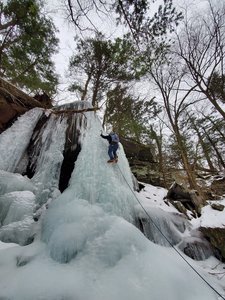 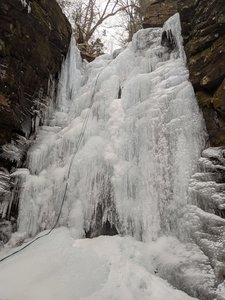 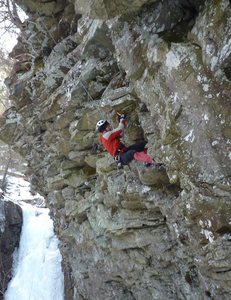 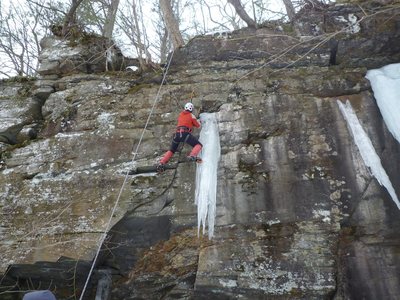 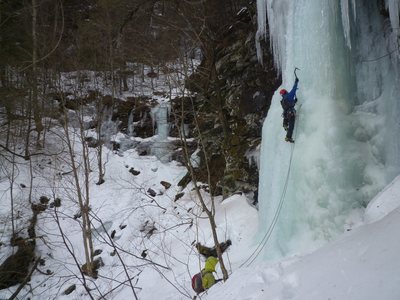 The grade 4 option to the right of P3. This ic… 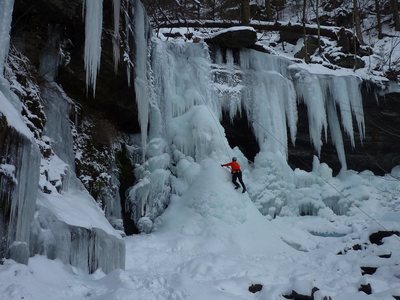 Second pitch in early season. Eventually the a…