Previously overlooked, forgotten or just not considered because it wasn't in the guidebook, this is a fun, new line on good rock quality (at least by RW standards, so take whatever that means). This is the "easy" version of the open project left of NSP but is a great route worth doing on its own.

Start on the Relentless crack to bypass the open project crux and enjoy intriguing moves exiting the crack. Traverse right to clip the 3rd bolt of the direct start (note that the direct start shares the first bolt with NSP). From here cruise up long 5.11 lock-offs on decent holds, catch your breath on two pockets, then charge into a crimpy, techy and punchy crux complete with a big ol' high step and heartbreaking deadpoint. Prior to reaching this high crux, you may have momentarily thought the flash was in the bag...it probably wasn't.

ALSO, THE DIRECT START GOES AND SHOULD BE DONE!!!  V10-ish crux...all the moves have gone...and I've seen plenty of people strong enough in the gym to make it happen. Would actually create a decent 5.14- in MN.

Finally, in regards to the name, I've been informed it's silly. Whatever. It was originally a fun reference to brave NASA scientists but apparently it's now also a " fast paced, chaotically beautiful 2D arena shooter game set in the midst of a conflict between humans and synthetics." So you can imagine that, astronauts, Star Trek, or something completely different.

Now fully equipped with 6 bolts. A stick clip for the first bolt isn't a bad idea. 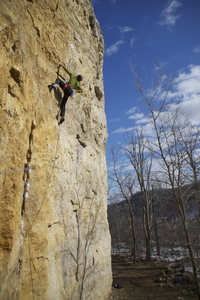 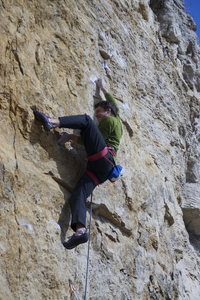 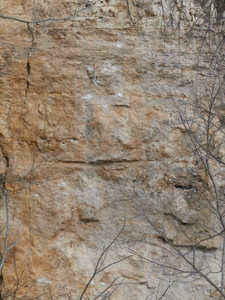 The upper half the route 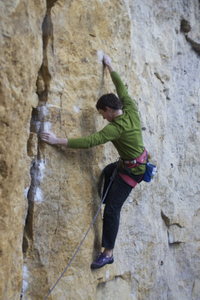 Exiting Relentless and entering the face of Gra…