I climbed this route with Grover Shipman who has a guide book published called "Mt. Shasta Area Rock Climbing" that has proven more than useful. This route was one of the best I had done in the area. It was exposed, scenic, a mix of shade and sun. And some of the scariest rock I have climbed on(though nothing blew out or fell so that was nice)
the route starts out with a few exposed moves on pretty solid rock, which was nice because the first placement was 15 feet up. shortly after that you get to a belay next to a small tree. next pitch works up a large slab and through some loose rock to a good area for a cam nest. next is the no reverse traverse which felt about 5.6 or 5.5 which came as a surprise because most guide books said 5.0(perhaps we were off route)the next pitch was on a giant flake that at the top started to flex. with some more climbing and chimneying you gain a nice ledge. next pitch starts off straight forward but moves into a well protected crux that felt about 5.9 the next pitch is a simple but long route to the castle dome summit

the route can be found by approaching castle dome via the dome trail. once at the dome head north down a narrow gully about 400-500 feet long. descend the gully to the end where it drops off suddenly and you will see a dike on your right just opposite of a big tree. that is the start of the first pitch. Descend via the SE "walk-off" don't be ashamed to rope up for descent as the exposure can be quite interesting.

a full alpine rack to 4" was fully utilized. there were no bolt anchors but the crux had two closely spaced bolts for good protection 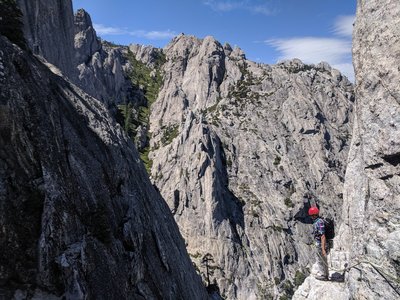 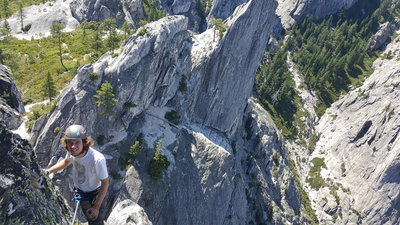 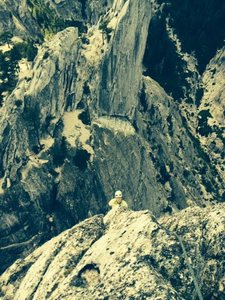 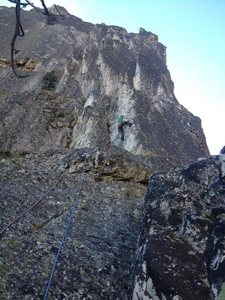 At the top of the first pitch looking towards t… 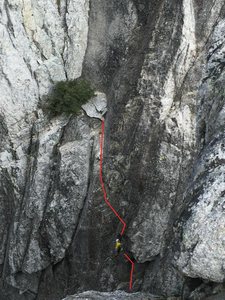 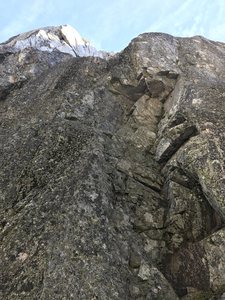 Alternate Direct start a short way down the gul… 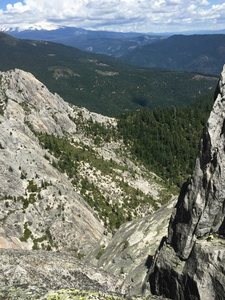 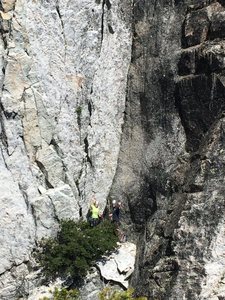 climbers at base of potato chip flake. Photo ta… 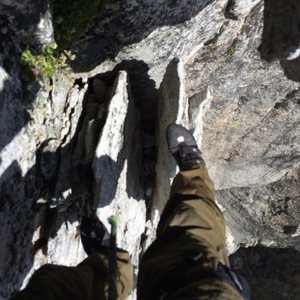 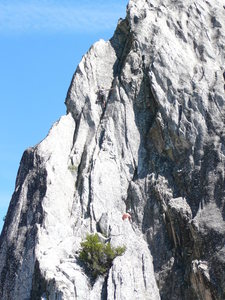 A few pitches up