At one time, this was one of the better moderates on this wall. During the removal of loose rock in late 2013 most of the holds on the middle section were removed. This was a wonderful 5.8 jug haul. No one will ever get to experience the route as it once was and that is a shame. The start is several feet left of Twins Right and climbs straight up to a small ledge that is just left of the ramp on the neighboring route. The two routes originally come together for a moment and split at the small roof. Now, Twins Left heads straight up towards the anchors through some steeper rock with far less holds than the route to the right. It is a bit more direct than Twins Right. The routes were near mirror images of each other in the middle and were of equal grade, hence the names. It is still a decent line but will probably stay a top-rope route. We actually climbed it on trad gear back before knocking off holds. Some of the gear placements later pulled right off, so they probably would not have held in a fall.

Near the middle of the left wall. Directly beside the bolted Twins Right.

Top-rope only. Ring anchors at the top. 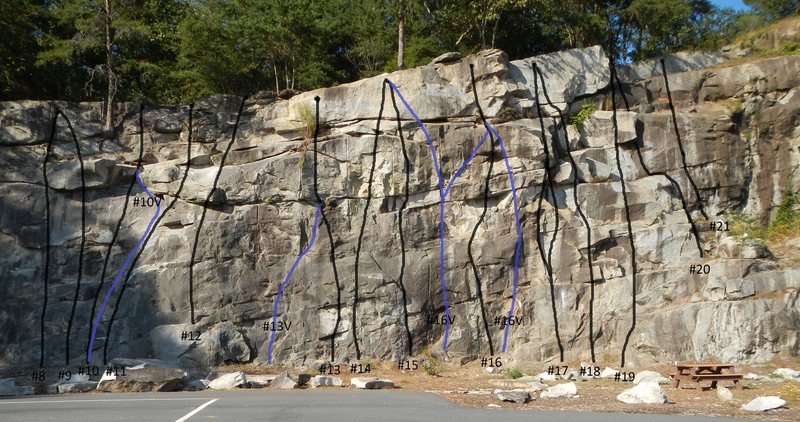