Ignoring the intro pitch to access the headwall, an extraordinary, steep alpine route from start to finish, linking a series of stellar and varied cracks in a very logical line.

Never a dull moment. Perfect rock from start to finish.

For a complete topo, refer to the filidor guidebook "Schweiz Extrem Ost".

The climb begins at the north-facing base of the 3rd Feldschijen tower, about 20 minutes below the base of the pronounced west ridge.

There's nothing marking the start, but look for a pronounced recess / chimney feature. As of summer 2014 there was one colorful sling near the end of the chimney where the terrain begins to flatten out into a plateau underneath the headwall.

Descent is by abseil.

Anchors are fully equipped (also for abseil), and the pitches typically have 2 or 3 bolts - all high quality material (rebolted in 2012).

Complementary gear placements abound. Guidebook recommends cams 1-4 double and a set of rocks. Unless you are cool to run it out a bit or backclean, it is particularly helpful to have several #2s.

Furthermore, we were not unhappy to have had a #5 to bury in the offwidth section of the crux pitch. 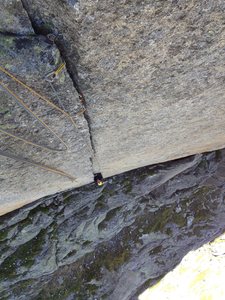 Pitch two, from above 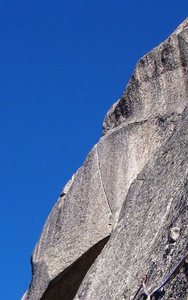 The splitter crack on pitch eight 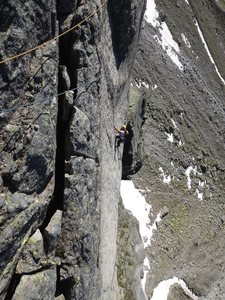 Pitch six from above 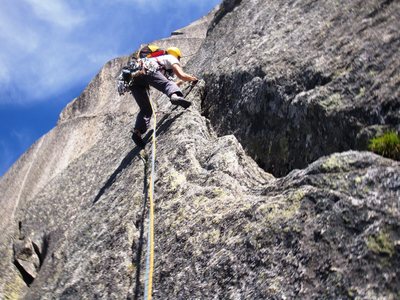 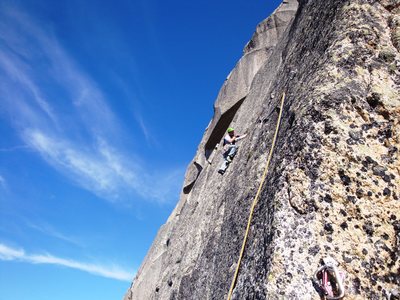 Pitch six, with the splitter hand crack of pitc… 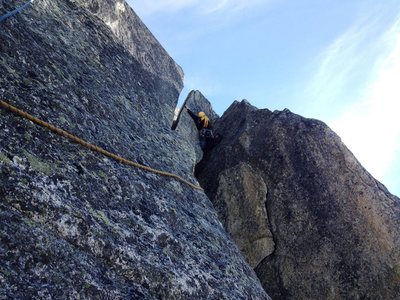 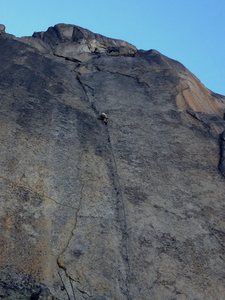 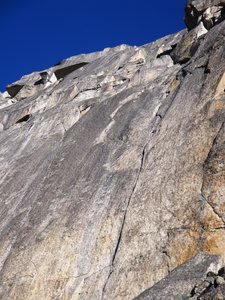 Signature pitches two and three of the route, f…