For years the summit was claimed to be unreachable by the elite European mountaineers. But in 1912 an all Brazilian party answered the call as José Teixeira Guimarães and the three Américo de Oliveira brothers, a local blacksmith and non-climbers made it. Their original route is called Teixeira and is used in the rappel descent after climbing up the East Route.
Climbing this route today is still amazing not to mention seeing the original bolts that are still in operation. While the original steel ladder is not at the top, once you see it, you'll get shivers imagining how the men who made the first ascent managed to drag it up there.
The normal route (about VS, 5.6 or 5.7) is up the west side in a series of three (tight) chimneys.  Another good and popular route climbs the east side, slightly harder and with some more spectacular and tight and dark chimneys (about HVS, 5.8).
The approach is killer. About an hour straight up and steep then another 45 minutes of cable and slab climbing.
Then it's time to climb 4 or 5 pitches.  The first and second pitch can be done in one if you have a long rope. This is basic face climbing with some scrambling to a massive cave with a great view.  The third pitch is called BLACKOUT which is a chimney that is tight enough to keep out the light of day.  The fourth pitch another chimney called Maria Cebola).  From there you'll reach the famous ladder.

Rappel down Texeira, the original route from 1912. Face the ladder and walk to the right.

Anchors at the top of all pitches. 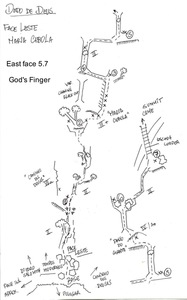 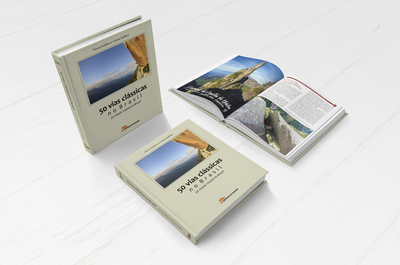 Leste do Dedo de Deus is one of the 50 classic… 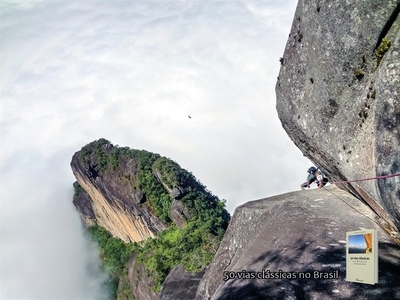 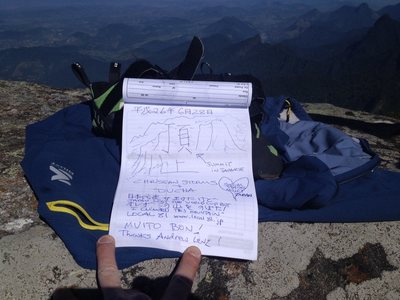 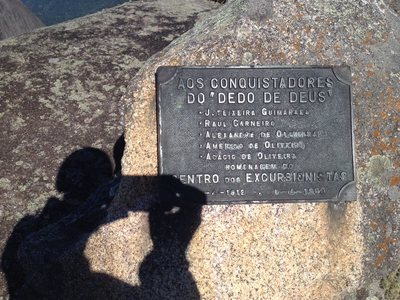 The shadow in the shot is a must. 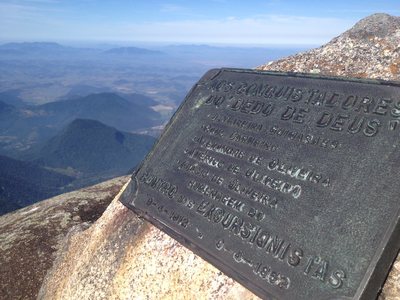 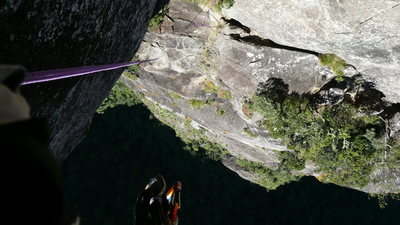 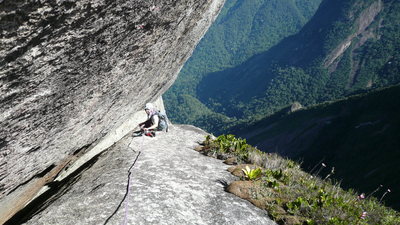 Start of the descent. 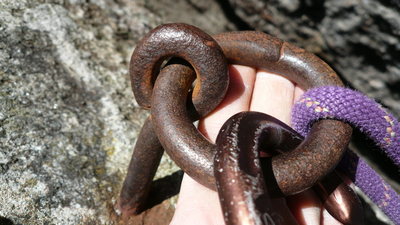 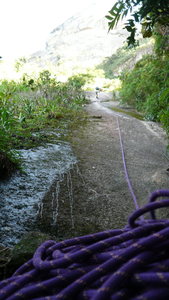