It's neither stubby nor wide. The Choad is instead maybe the longest line at the tiers, as well as one of the better ones. It's almost all perfect 5.8 hands and fingers except a couple of semi-burly moves at a roof.

This section is easily avoided if you don't want to crank .10+ by going left and coming back into the line at your earliest convenience. Going left here is more in character with the rest of route, but slightly less direct and awesome. When Kennedy went at this it was in full dirty-bird mode, and he also took the giant roof on as a true roof. Unable to pull the section as it was, he aided through this very brief spot of difficult climbing. The route was dubbed The Choad, forgotten, and never freed.

We went to work cleaning lichen from the face and dirt out of the cracks, and this thing cleaned up very nicely, especially the crux, which made climbing the roof in a different way a little more obvious and a whole lot easier than it previously felt (both of us tried and failed to climb it in its virgin and incredibly dirty state).

Hopefully this line develops into one of the classics at The Tiers. It's already pretty clean for a new route, and the hand sections are just killer moderate jamming. The route is engaging the whole way, and it's reeeaaally long. 70m's and below plan on two raps to the ground. The route can be climbed in one mega pitch (belay from top) or two smaller ones.

The proposed name for the 5.8 variation is "The Grundle" haha. Enjoy!

This is the very first route as you cross the creek on the approach to the 3rd tier. Start below a small roof that is ~12ft up. 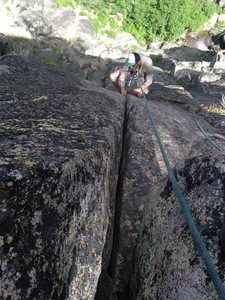 Every choad needs a deep cleaning with a small,… 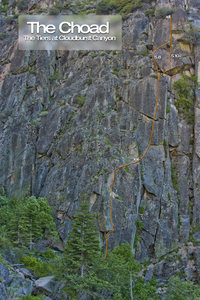 Another Woodford diamond in the rough 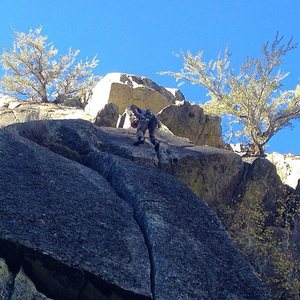 Just passed the crux roof and back into splitte… 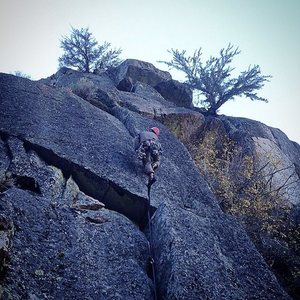 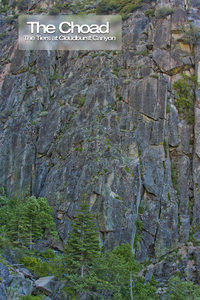 More About The Choad