Routes in Creek Side 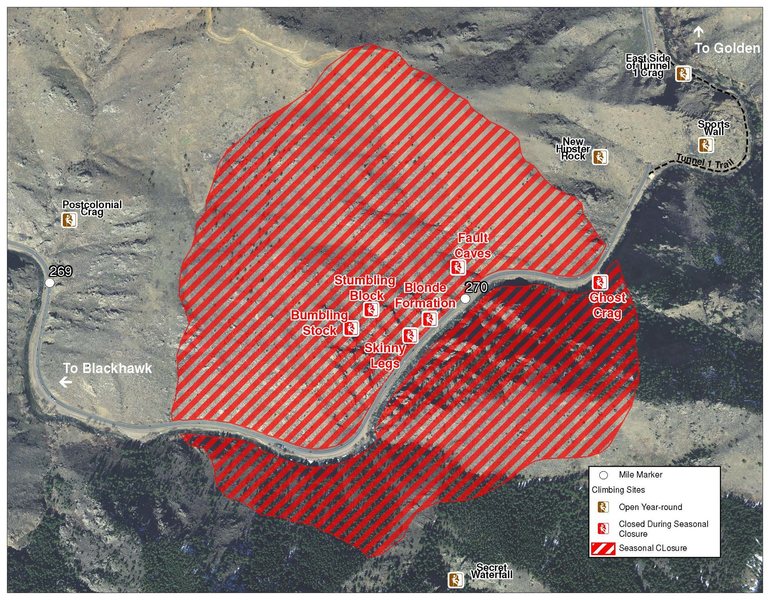 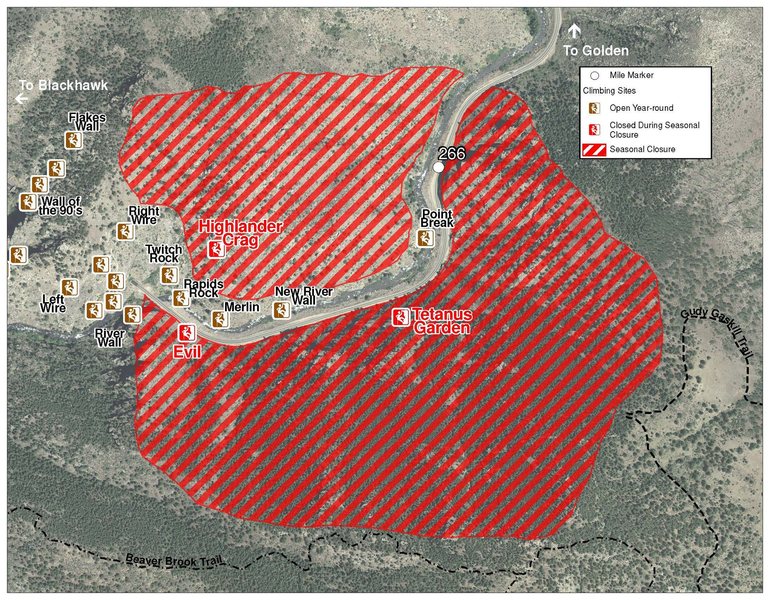 Black Gold is a 400 foot 5.7 route near Playin' Hooky. It’s bolted with anchors for 5 short pitches but can be climbed as three long pitches (combine 1 & 2 then 3 & 4). Some parts of it were climbed before the current bolted line went in, but nothing was documented. Start on the clean 4 foot ledge overhanging the creek, 30 feet below and upstream of the start of Solid Gold/Playin' Hooky. It's the second route left of Solid Gold. If you belayer is standing on dirt, you are probably starting up Furlough Day.

Pitch 1: climb up and left, then follow some small, left-facing corners. Using the left wall of the corner, you can finesse the roof. Belay above the roof on 2 bolts.

Pitch 2: pass a second black overhang to climber's left. Move back right above the overhang. Continue up the bolt line. Staying left of the bolts is easier. For more challenge, climb to the right of the bolts until the last two bolts under the final bulge. Avoid the two huge boulders on the right here, as they may not be attached. Pull through the bulge to the belay.

Pitch 3: the friction move below the second bolt is tricky. Clipping may be more secure if you wait until you get the positive hold just above the bolt. The rest of the pitch is mostly easier. Belay on the 2 x 6 foot ledge on another pair of bolts.

Pitch 4: from the belay bolts, move left then up past 4 bolts to the big grassy ledge. Walk the ledge right to the double bolts under the right side of the overhang. Pitches 3 & 4 can be combined.

Pitch 5: start under the right margin of the overhang, and then steps left (5.7) onto & above it. Enjoy the exposure as you clip the bolts straight up to the skyline. Two bolts 3 feet past the lip support belay at the top.  A chain & a bolt at the lip support lowering sport style. This pitch is 35 meters long. You can’t get back to the belay by lowering on a 60m rope, but there is a rap anchor that you can reach on the upper face.

Descent: rappel the route. From the top, the first rap is to a mid-face anchor above the belay.  A 60 will not reach back to the belay from the top. The second rap will drop you to the Solid Gold/Playin' Hooky rappel anchors. If it’s open, continue down that route. If it’s busy (as it usually is), stay on rap and walk/sidestep over to the P3 anchor of Black Gold. Three more raps will get you down to the base of the cliff. On the last rap, throw the rope towards the Playin’ Hooky start. Throwing the rope straight down may put the rope ends in the creek. Landing this rap at the base of Furlough Day and retrieving the rope from there helps keep the rope out of the creek.

If you don't want to rap, follow the climber's trail and cairns that will lead you down the eastern gully and back to the approach trail. It's faster than rapping.

Per Eric Chow: the "walkoff" down the wrong gully involves some downclimbing and cliffs out above the anchors for the routes near the telephone pole (you might need some shenanigans to do a final rappel (60m rope) back to the approach trail).

It is the second route left of Solid Gold/Playin' Hooky.

Per Alan Prehmus: there are bolts all the way. Most pitches offer trad gear placement opportunities for those who want to practice placing gear while protected by bolts. 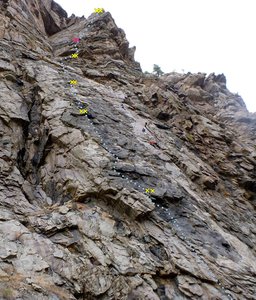 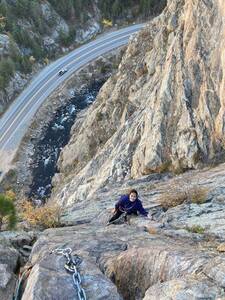 The wife topping out her first 5 pitch on Black… 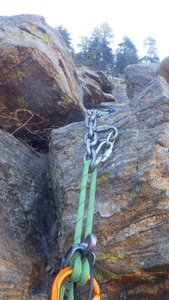 This is the updated rap anchor at the top of Bl… 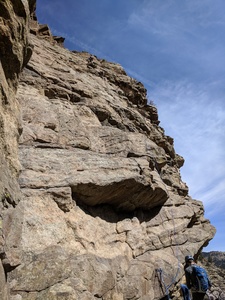 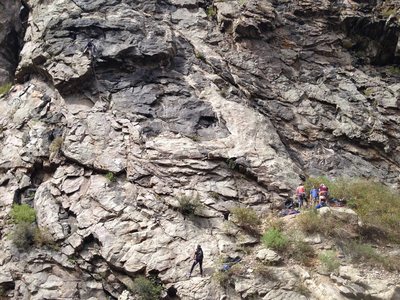 Climbers on P1 of Black Gold. 4 others at the s… 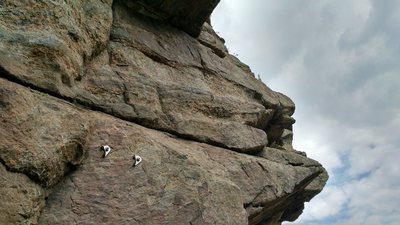 Looking up at the start of the last pitch from… 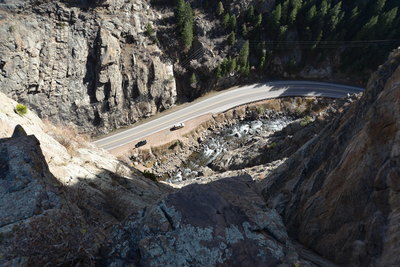 Looking down at Clear Creek from the top. 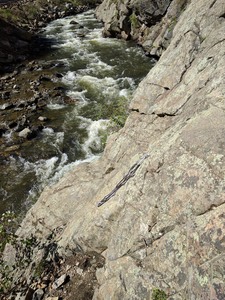 Looking down at the ledge above the creek where… 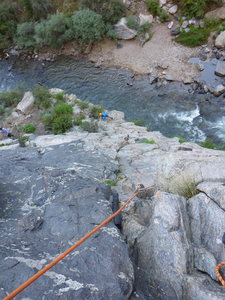 Kevin Yin at the start, seen from the first bel… 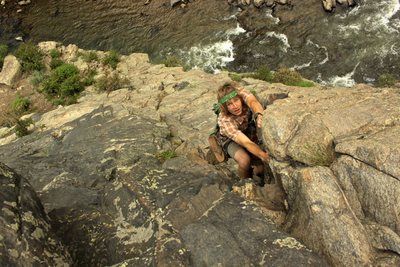 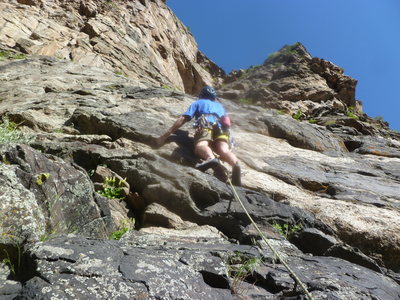 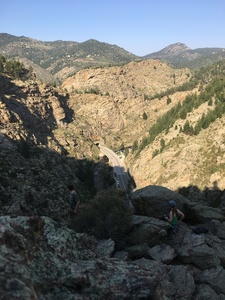 The view from the top looking at the tunnel.