Way back in 92 I was a 24-year-old climbing keener with aspirations for unclimbed rock. Believing that if you just look a little farther than the last guy, the fruit is out there just waiting to be picked, and you know Im right.
Well back in 92, after a few recon trips. Craig Martin and I carried every piece of gear we owned at the time out to the Iron Hayden Wall, which probably wasnt all that much stuff but surely included some slung hexes and a few pitons, but not a bolt kit at that time. As we approach the buttress its obvious that this wide crack system ascends the first half of the wall to a large ledge had what we were looking for. We roped up and I lead out the full 200-foot rope to the big ledge. The rock was solid and climbing was steep and more fun than scary. I belayed Craig up and he led up about 30 feet further before loose rock and the desire for bolt protection turned us around. Back on the belay ledge we pounded in a baby angle and fixed a nut. And equalized them with along piece of one inch webbing, not to return until we had more skills and bolts.
Flash forward 15 years 2008. The conversation goes like Hey Craig, remember the Hayden Wall, I dont think anyones been up there, do you? Its about time we got a power drill and went back up there Yep your probably right. So thats what we did.
15 years seemed like yesterday. Back to the ledge, I haul up the drill kit and power in two nice bomber anchor bolts in the bulletproof quartzite and belayed Craig up. The original rappel anchor was still there the nut had some how fallen out, probably the wind, and was dangling from the piton at the end of the sun bleached webbing. There were no signs that anyone had visited this ledge in the last decade and a half.
Continuing on, the next pitch started out with the cleaning out of a stacked tower of rubble blocks which left behind a short but sweet steep 5.9 pitch with thin pro. Ending after about 50 feet on another nice ledge do to rope drag and loose rocks. Following the path of least resistance and trying to skirt around this huge roof overhead we headed straight left on the fourth pitch. Up easier ground into a cavy nook under the roof. The last pitch starts with a bouldery bolt-protected 5.10ish crux. Heading left up a steep inside corner with a loose blocky finish to the top of the buttress.
We rappelled the route installing the rest of the anchor stations on the way back down. We knew we had found something great. The walls all around us were featured and solid and looked like awesome climbing. Similar to the Gunks, but above tree-line at 11,000 feet, with lots of horizontal cracks, ledges and edges and roofs. This route would become the access point for the sheer faces all around us.

The route is visible from the approach trail, starts 60 feet in from the right edge of the Iron Hayden Wall. 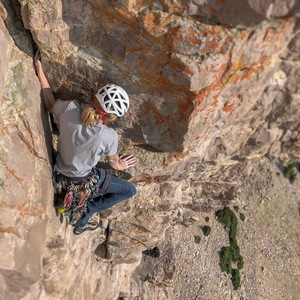 View from the last pitch! 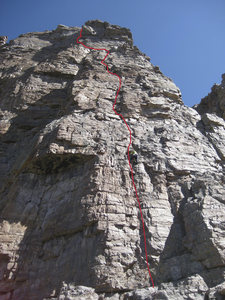 Photo by Craig Martin. Julie is leading on th… 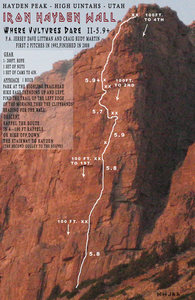 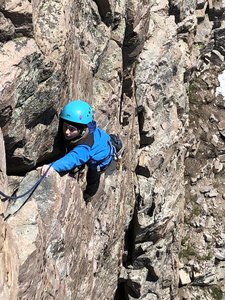 Hunter Castellano on the 1st pitch. He may be t… 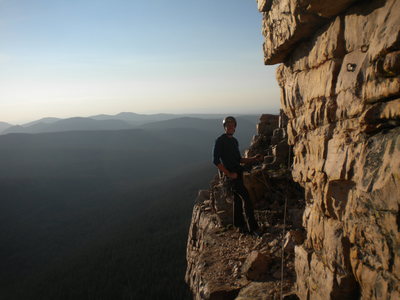 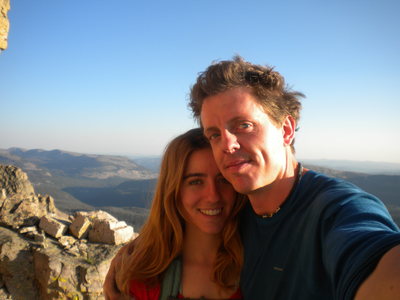 The summit! Beauty and the beast 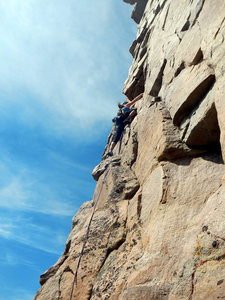 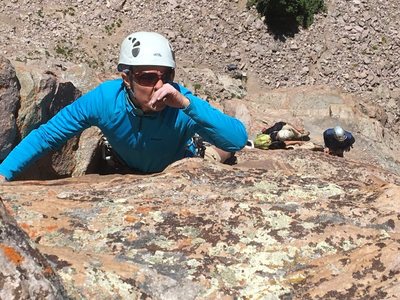 Julia leading the Beers variation of Where Vult… 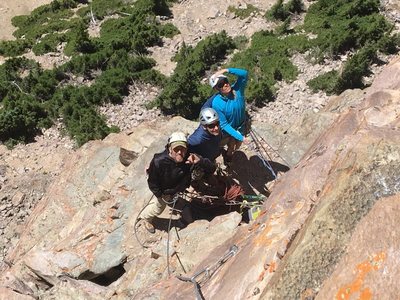 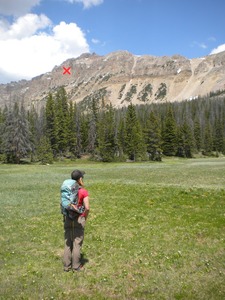 The mission that lies before us! ('X' marks the… 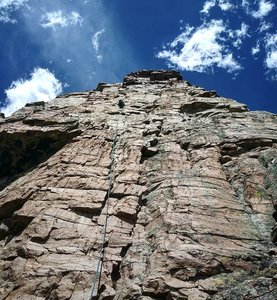 Rapping the route, what a beautiful day and fan… 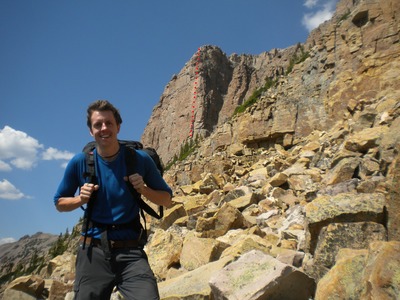 Getting O so much closer!

More About Where Vultures Dare