A steppy flow of decent length that offers a short vertical column that would be the crux if you choose to climb it, but this can be avoided in favor of a bulge/ramp to its right that is lower angle that leads up to another short bulge. We did this route late November of 2013 and the ice was thick enough for good screw placements.

To the right of Sundial is a waterfall that freezes in winter. This is your destination. The ice is obvious from Lake Blanche. We traveled around the left side of the lake to avoid bushwhacking, coming up to below the start to "Eleventh Hour" and traversing over to the base of the falls, but encountered deep pockets of snow in the boulderfield that may have been avoided traversing around the right side of the lake and coming up to the flow from directly beneath it. Use your own judgment.

The approach took about 3 hrs, including some significant snow slogging. Your mileage may vary based on current snow levels/conditions. Many will likely find the amount of climbing to not be worth the approach; however, Lake Blanche/Sundial is breathtaking in the winter and the hike in is justified by the views alone. Also, at least this year (2013), this route is one of the earlier flows to have formed up.

Ice screws, stubbies to mid-length. 4 to sew it up, though competent climbers will probably be free-soloing or only placing 1 or 2 screws. Didn't really see any possibilities for rock pro. If you continue up a small gully above the top of the flow of ice you can drop into a small ledge on your left that has a good tree to belay your second off of.

The climb can be done with a 60m rope, though doubles or a tag line are needed for the rap (look for fresh tat on a tree to the right as you're facing down the climb). 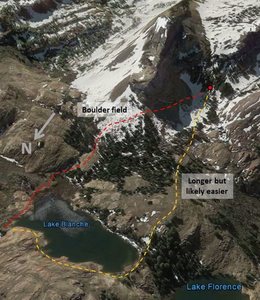 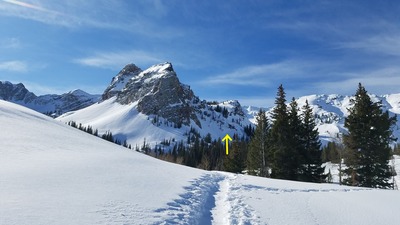 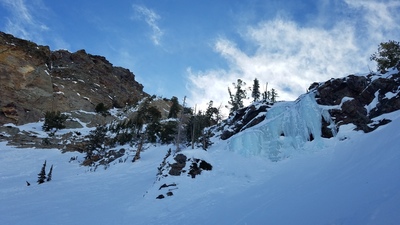 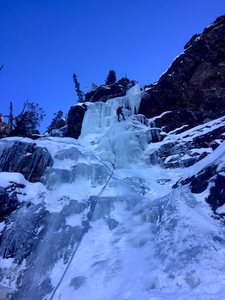 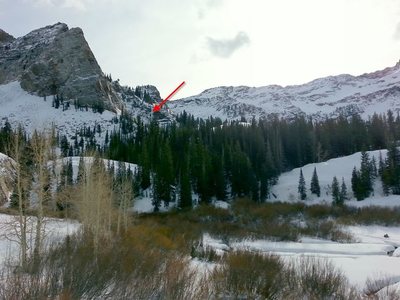 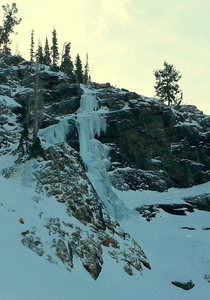 The route as seen from the northwest boulder fi… 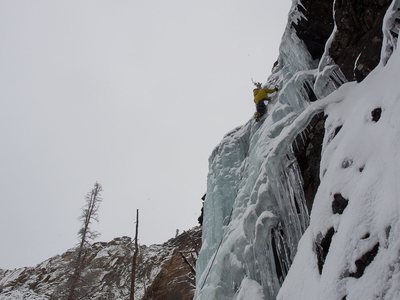 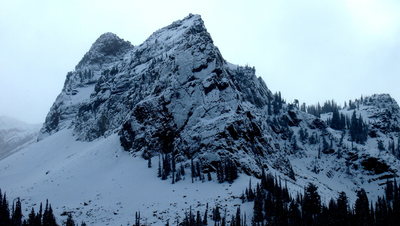 Sundial. You can barely make out the flow to th… 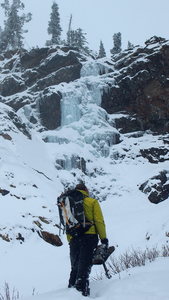 The route. Better than it looks.