The Northwest Couloir goes by many names among climbers: the Mendenhall Couloir, the Y Couloir, and most famously the Death Couloir. Under the first ascent conditions there was supposedly a snow apron allowing easier access to the couloir proper. When John Mendenhall climbed this in 1931, he called it third class. Since then, the route is considered "in" when the couloir is connected to the snow apron via a WI3-4 waterfall.

The first pitch is this waterfall and is the crux of the route. Once established in the couloir, easy to moderate snow climbing leads up to the fork or "Y". Take the left branch towards the summit. Part of the way up the branch a short WI3 pitch may be encountered.

The route is a funnel of debris and has serious problems with rockfall. It is only safe when full from the very bottom to the very top with snow and some may add only when climbed before the sun hits it in the morning. Regardless, do not spend longer than you have to on route.

Approach the north face of Mount Morrison via the hanging valley below. The couloir to the right of the north buttress is obvious.

To descend, walk off via the eastern slopes. Descending the Northwest Couloir is not recommended due to the potential for rockfall.

Ice screws and a small alpine rock rack. Snow pickets or stakes may be useful as well. The rock on both sides of the couloir is loose, but a creative leader can find protection. 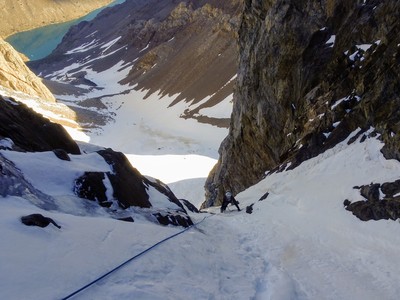 Natalie over the ice and into the couloir prope… 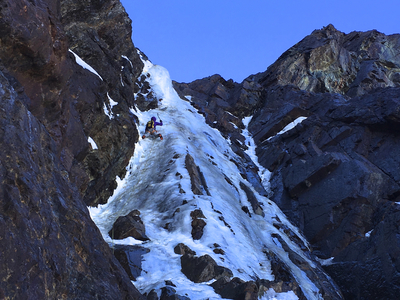 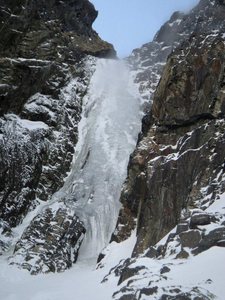 The first pitch of the Death Couloir in great c… 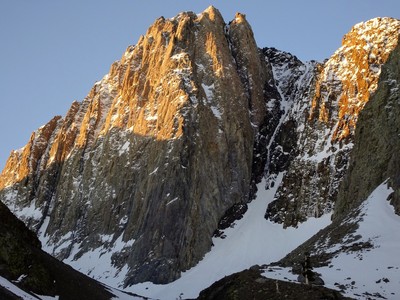 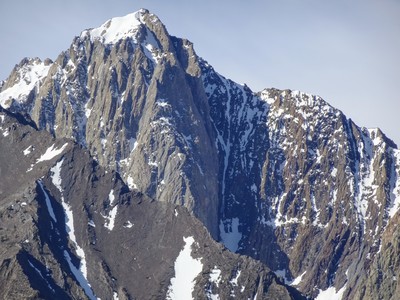 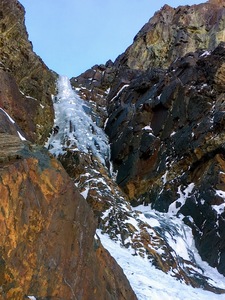 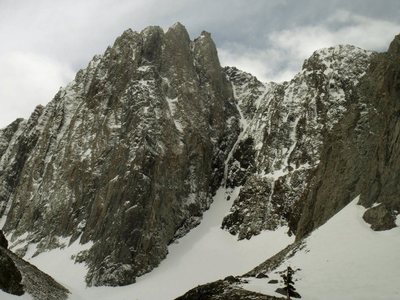 A fully formed up Death Couloir.