A very nice 3 pitch 5.8
The crux is getting up the first 20' and mid way up the 2nd pitch passing an old bolt/aluminum hanger on face moves.
When you get through the hard part of the 1st pitch, trend left till reaching a tree on a big ledge, a bolted anchor there.
The route veers up and right into a groove like inside corner or open book , pass 2 good pitons and the old bolt with aluminum angle for hanger. Veer right on a finger traverse ,pass another old piton and gain the arrete, either belay here or further up on horizontal cracks. Comes out on the north (left) side of the summit block.
I have led out from the bolted anchor all the way to the summit block in one pitch, even with scant gear and long slings pretty bad rope drag.
One should be a expert moss leader on this.

furthest left at the same ledge as Angel and Damnation. The start is a tight inside corner/chimney, pull up on finger lock, stemming makes this easier.
Walk off the summit.

Standard rack to 3". Long slings for wandering rope drag.
Bolted anchor top of 1st pitch.- there are slings, not rap chain on this. This is a double rope rap, but someone said they did it with a 70m.
Gear anchors above. 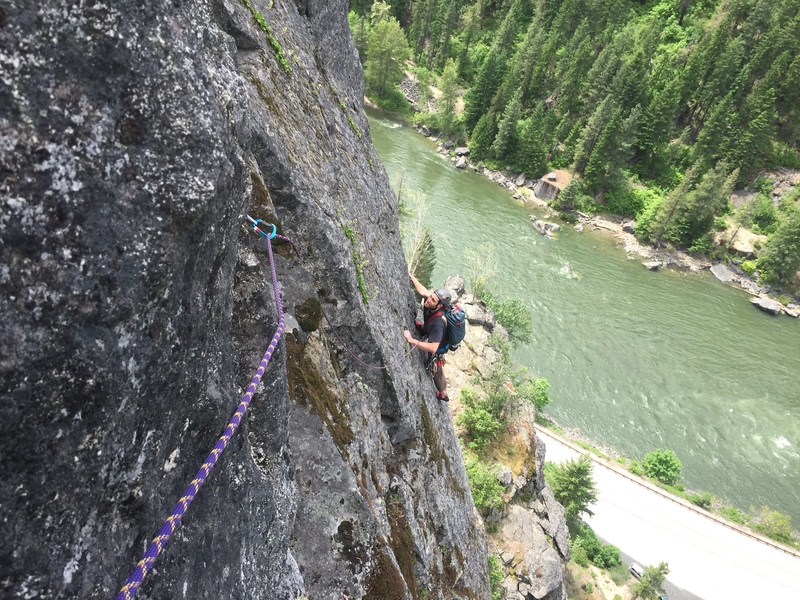 [Hide Photo] The easy mossy section leading to the tree on the first pitch. 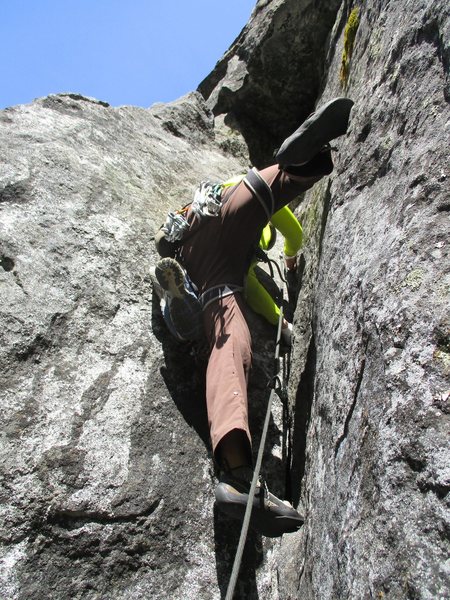 [Hide Photo] The start of Saints.