The original line up the striking south face of Prusik Peak.

Pitch 1: Climb up the chimney located left of two prominent Vs on the south face. At the top of the chimney move left and climb up on knobs to a belay. 5.7

Pitch 2&3: Climb rightward up steep slab and ascend a long chimney gully until you reach a large ledge (Snafflehound ledge) 5.7

Pitch 4: Traverse right on the ledge to a small tree and then up a short steep step to the base of the crux. 5.5

Pitch 5: Climb a shallow dihedral. You will be forced to the right, until an overhang forces you to make a step-across to the left into a flaring jam crack climbing this over a buldge. Above the buldge the climbing eases off on face holds and chicken heads. Belay at next ledge. 5.9

Pitch 6: Continue up the crack system (steep gully) bypassing a chockstone on the left to the small notch east of the summit horn 5.8

Pitch 7A: From the notch, descend a few feet on the north side and step right onto a small ramp. Ascend ramp and cross a delicate friction traverse ending in a corner. Ascend a good jam crack to the summit. 5.8

Pitch 7B: From the notch, ascend left up the obvious crack on the wall leading to the summit. 5.10

Descent:
From the summit, descend the North face rap route, marked by a bolt and tat from the summit. Can be done with a single 60m rope

Located to climbers right of the start of the Stanley-Bergner route. Look for the two large Vs and the chimney. Can't miss it 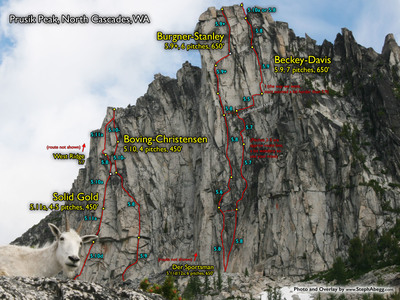 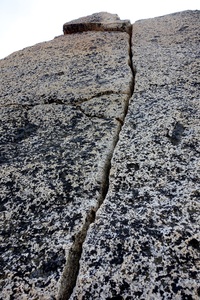 The .10a splitter option to finish off the rout… 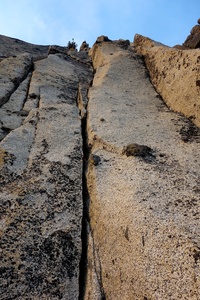 Higher up on Pitch 5. 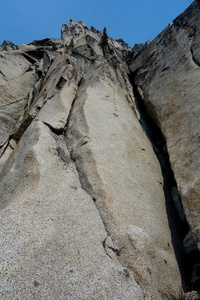 Pitch 1 of Burgner Stanley is the wide hand cra… 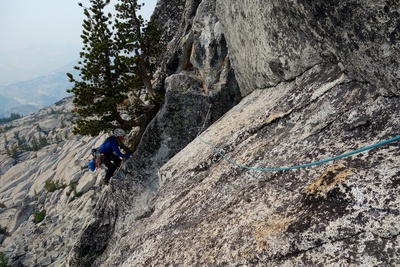 Traverse at top of Pitch 1 of Burgner-Stanley t… 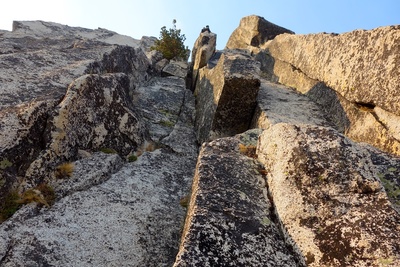 Somewhere near the end of Pitch 5 or start of P… 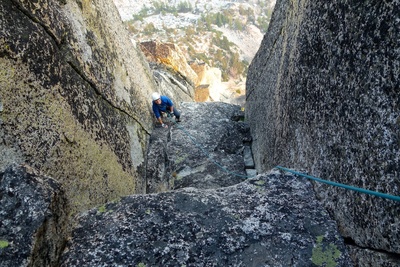 Nearing the top of Pitch 6. 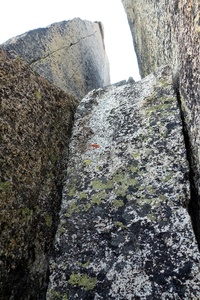 Nearing the notch at the top of Pitch 6. 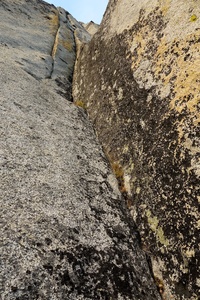 Pitch 5 starts in a shallow dihedral with a cra… 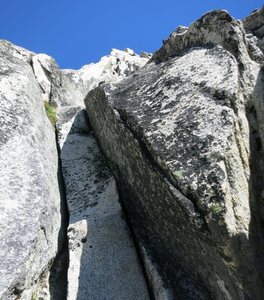 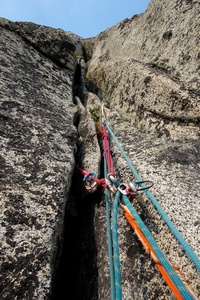 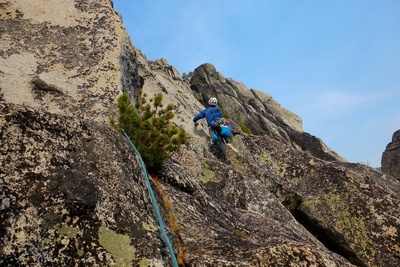