Never Never Land may be the best moderate route on El Cap's West Buttress. Positioned on the on the impressive nose of rock between Lurking Fear and Dihedral Wall, the route has a great view of the huge concave Southwest wall of the Capitan. The climbing is harder than Lurking Fear, better than Lost World, and about the same difficulty as the current state of Zodiac, New Dawn, Shield, etc.

The route starts on Aquarian Wall, a line originally unlocked by Kim Schmitz and Jim Bridwell in 1971. Both had teamed up to complete the Triple Direct together in '69. Aquarian was Bridwell's first independent route on El Cap. They had attempted the line before but bad weather forced a desperate bivy and dangerous retreat. The team linked thin piton cracks with a few bolt ladders up to the right side of Timbuktu Tower. This is the start to Never Never Land.

Timbuktu Tower is where the Never Never Land variant deviates from Aquarian Wall. This huge flat ledge is the only obvious ledge on the West Buttress. Crack a soda, watch the sunset, and bivy on this really nice patio. The next 3 pitches off of this ledge are tricky, expect them to take a little longer. Chapman and Hawkins did some creative hooking and pendulums to access a shallow vertical corner. This corner crack system climbs really fun A2 and lots of A1/C1 placements - usually some big beaks and offset cams get you through anything tricky. Link the 2 pitches up to Long Ledge and the 2 after to the Pinnacle of Hammerdom.

The Pinnacle of Hammerdom has a great anchor for a hanging bivy. From here, a pretty continuous ramp and crack takes climbers to Thanksgiving Ledge. Enjoy your time here, the exposure is great the aspect, perfect. While climbing these cracks you won't believe that you have the whole route and the whole section of wall to yourself.

Hawkins would later collaborate with Kauk, Bard, and Burton on New Jersey Turnpike. Chapman would go on to complete Eagle's Way on El Cap's Southeast Face with Graham and Orey. 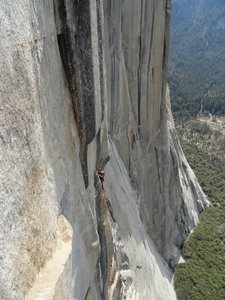 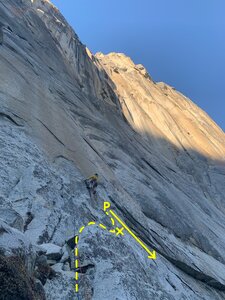 I traversed in too high, see photo notation for… 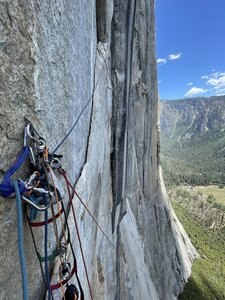 Looking back over pitch 10 vrom the anchors. 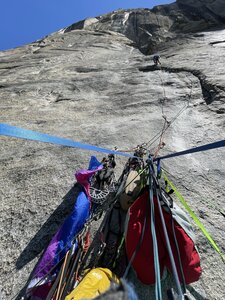 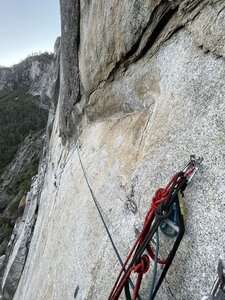 Looking back over pitch 2 from the anchors. 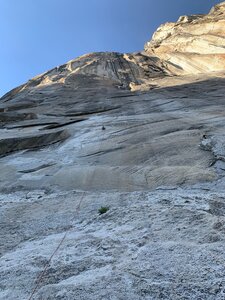 Jugging up the fixed lines from P2. Climber is… 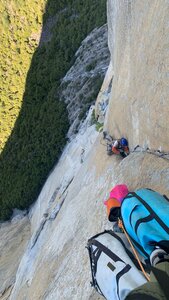 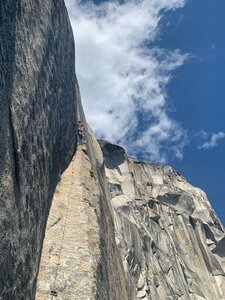 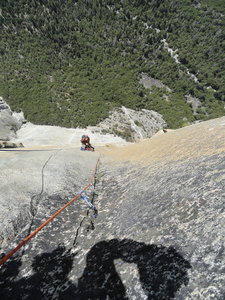 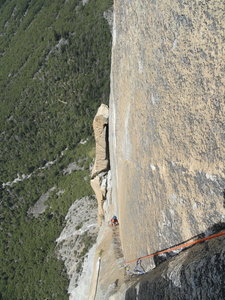 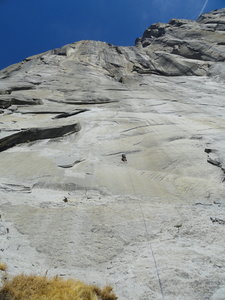 Henry rapping from P2 We fixed from the top of…