There are a handful of lines going up the NWF. There isn't much different about any of them from a climbing perspective, thus one page for the face.

This is mostly a steep snow climb, but if you know conditions and the mountain well enough, you can get some ice and some easy (if terrifying) mixed climbing in on terrible rock.

Despite rockfall being an obvious concern, the NWF chucks a lot less down than Baldy Bowl does. I've been up this face dozens of times and never been hit by rockfall, which is something special.

Hike up to the top of Thunder Mountain from Manker Flats. Descend down into Coldwater Canyon and climb up the face. Simple as that.

If you decide to protect the route, some pickets and stubby screws would be best. Maybe a set of small nuts, maybe a couple smallish cams to 1", but you probably won't use them unless you've timed it perfectly. Just go fast. 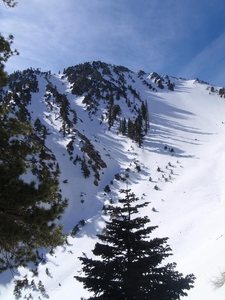 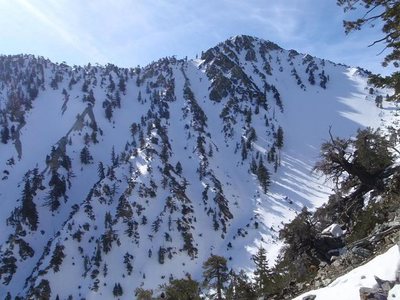 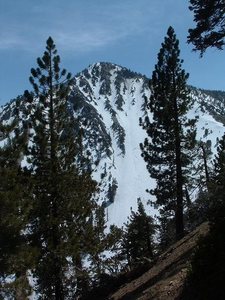 Not the greatest photo... someone else please u…