Start between two small boulders. Sidepull to seam to a high finish.

The first ascensionist Wilson Gray 2002ish called this V3, Dave Kennedy fluffed it to V5. I (Kris) was cleaning the problem, took one try, broke a hold, fell. Mr. Gray subsequently dispatched, but being the kind fellow he was/is named it after me, creating one of the dumbest named problems ever. 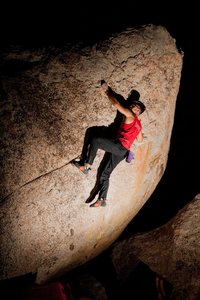 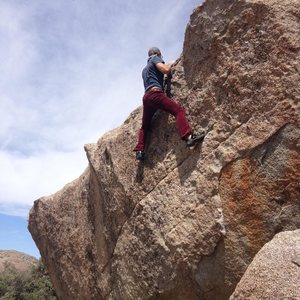 Topping out the Kris Special.