We had a hard time discerning the actual route even with descriptions from both guidebooks, which were vague. We have no idea if we took the correct route, but what we did for the most part followed the path of least resistence and felt like 5.7 climbing.

The first pitch is supposed to start at a 4 inch crack, which we found, but the crack itself didn't last for very long and then turned into a system of flakes and shallow dihedrals and ended at a stance overlooking the "trough" on the right after about 180 feet of climbing (not the "Trough" on the Keyhole Route, but what Rossiter's route description decribes as a "trough" up the rock face, which Gillett describes as a "concave face"). Our second pitch went up a shallow, RFD on the left side of the trough, and we belayed at a small stance where the dihedral becomes larger and the angle steepens to nearly vertical. This pitch ended up being less than 100 feet, because I wasn't sure where the third pitch went as well as if there would be a better belay stance above me. From here, we eventually decided to traverse right into righthand side of the trough, climb up a short ways, then traverse right to the LFD on the other side of the trough. From here, we followed a nice hand and fist sized crack (with plentiful face holds) straight up (approximately 60 feet?) to where it made sense to traverse left on face holds back to the other side of the trough, then up through flakes and shallow, RFDs to a good belay stance on a small grassy ledge at the base of a prominent, large, RFD. Our 4th pitch went up about 40 feet of vertical terrain to where the angle eases off and the features become blocky and the climbing becomes more scrambly, although you'll still find plenty of 5th class moves. This pitch stretched the rope to almost 200 feet and ended a few feet below the actual Keyhole Ridge, which is an easy scramble to the summit. 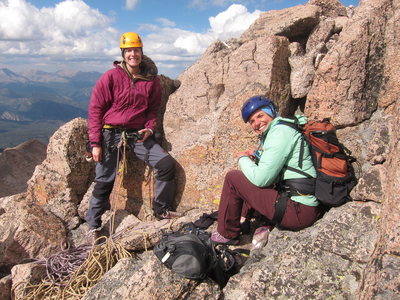 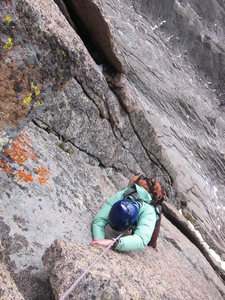 Nancy near the top of the steep beginning secti… 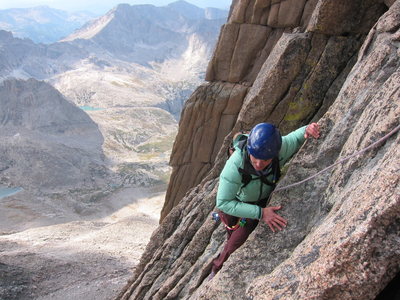 Nancy following the start of the fourth pitch. 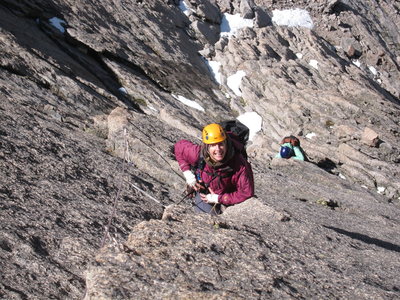 Lisa halfway up our second pitch with Nancy bre… 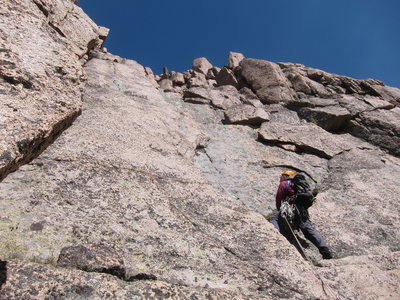 Lisa studying her options near the start of the… 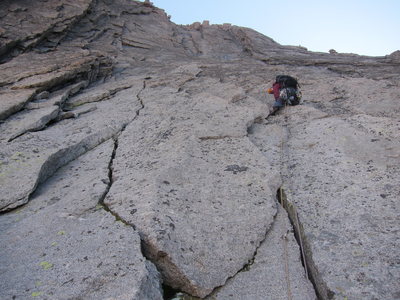 Lisa starting up the first pitch. 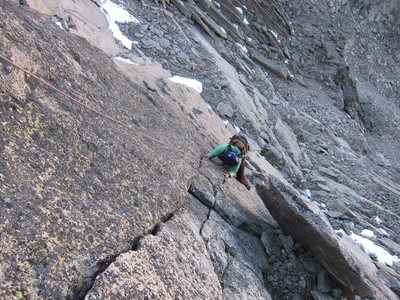 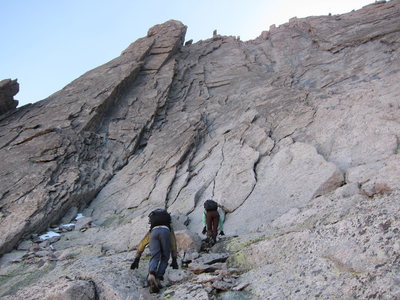 Lisa (below) and Nancy near the base of the rou… 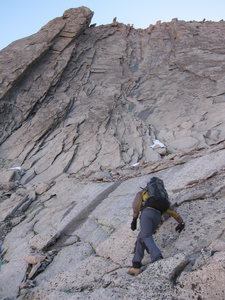 The second half of the route is directly above… 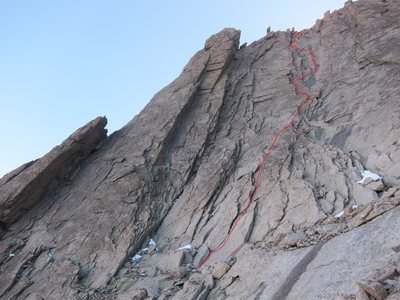 This is the route we took, which may or may not… 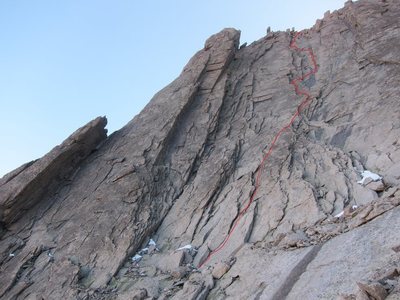 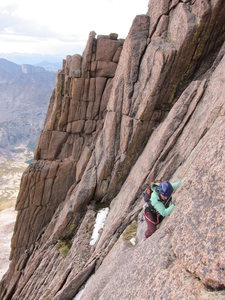 Nancy halfway up the steep beginning of the fou…

More About Dialogue on Zen