This route has some really nice pitches low down and follows a nice ridge for the upper portion. It is marred only by some lichen on the fourth pitch, however the position of that pitch is outstanding.

1) Follow the corner until below a small tower, undercling out right and wrap around the right side of the tower to a very pleasant belay on top of said tower below a 30 foot handcrack. 190ft. 5.8

3) Follow the ledge up and left, then angle right on fourth class terrain to the large ramp system that splits the north face of the formation. Belay on the far right end of the ledge. 150ft.

4) Climb about ten feet up to a large incut handrail. Follow this, with some fantastic exposure, for about 20 feet to the right, until a hand and finger crack that angles left is reached. Follow this until a small ledge is reached after 150ft. 5.10-

5) Continue up the crack system to the ridge follow a ledge around on the south side past an airy spot to a short offwidth to finger crack. Climb this and follow the ridge until rope drag or a lack of rope prevents further progress. 5.9

Once on the ridge, follow it until it steepens up, then an airy traverse is followed on the south side to a ramp which leads to the summit. From the summit, 100ft or so of downclimbing to the east (still along the ridge) should deposit you at slings for a short rap to broken terrain from which either Crack of Noon or a snow descent can be reached.

The route is on the ridge below the north side of East Peak. Start a wee bit left of the toe of the buttress, left of the large corner system that splits it, below an offwidth in a left facing corner. 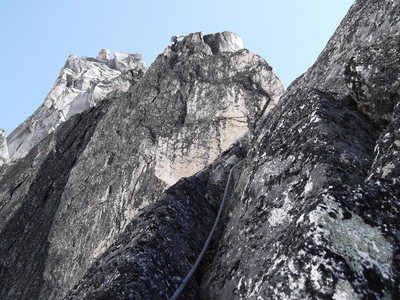 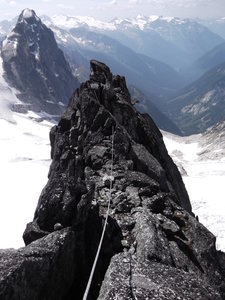 Looking back along the first section of the rid… 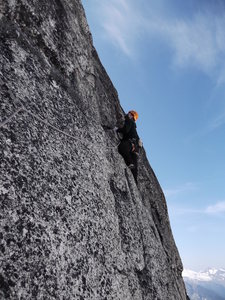 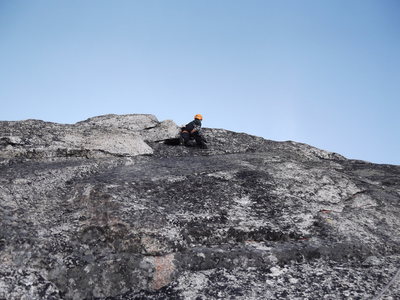 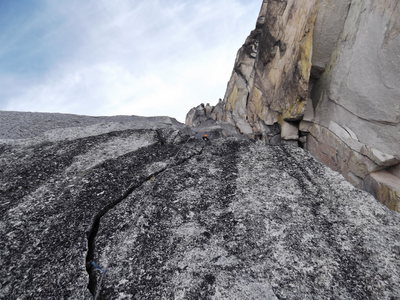 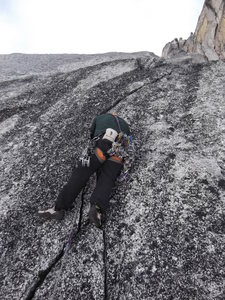 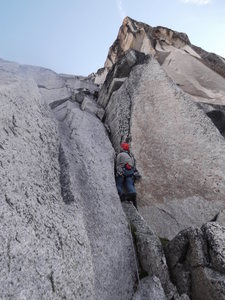 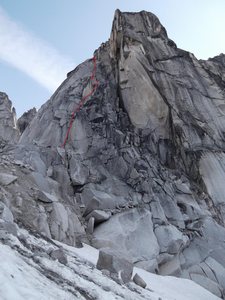 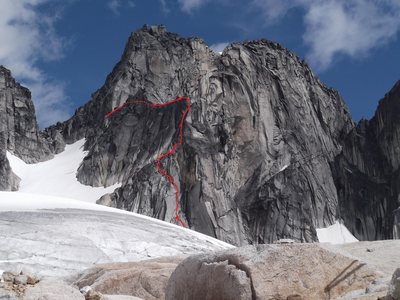 More About Lentils or TVP, eh?