Gain the ridge by climbing class 3 blocks at the base of the ridge. For the next several hundred feet it's easy travel over class 3 terrain with great veiws on both sides of the ridge.

Soon the ridge begins to steepen for several hundred feet and in this section some class 4 moves with exposure are required. After this section it's all class 3 (if you stay on the ridge crest, class 2 if you drop lower down on the sandy slope) for what seems like quite a ways to the summit.

Approach:
Follow the directions on the main page to Saddlebag Lake. From the trailhead parking lot, head north on the well used hiker's trail that traverses the west side of the lake. At the northern end of Saddlebag Lake, the trail forkes. Stay on the right fork and continue on towards the Steelhead lake area.

Just before Steelhead Lake, leave the trail to the left(west) and work your way around a few small lakes. At this point you will probably be able to pick up a lightly used climber's trail. Follow this trail, or climb cross country, as you ascend the enjoyable class 2 slope that leads to the base of the Northwest Ridge.

Descent:
Travel southwest down the class 2 sandy slope on the backside of North Peak, aiming for the saddle between Mount Conness and North Peak. Descend here and pick up the hiker's trail that leads down through the Conness Lakes area and back to the trail junction at Saddlebag Lake. 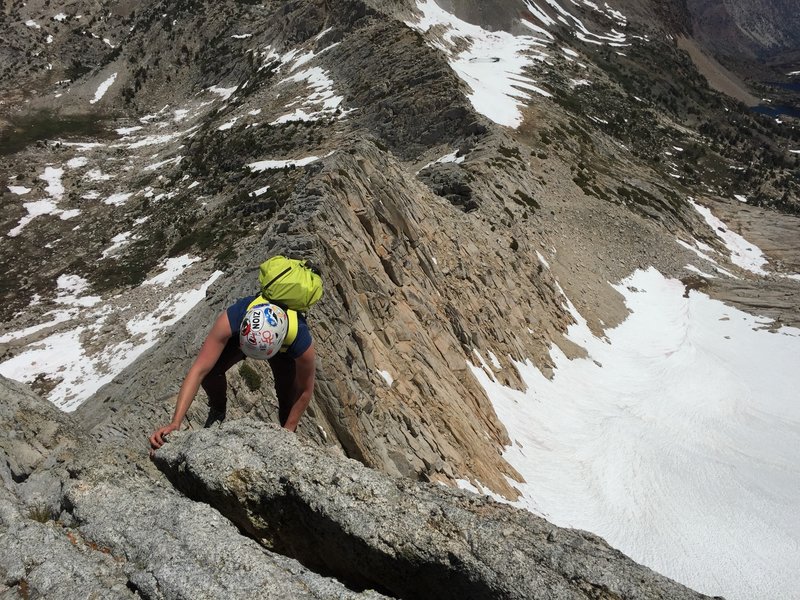 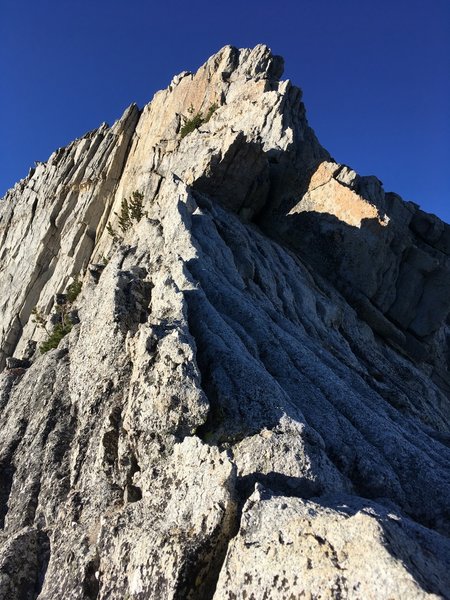 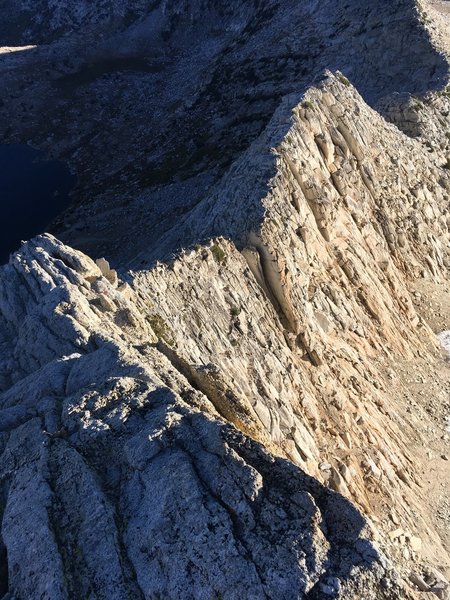 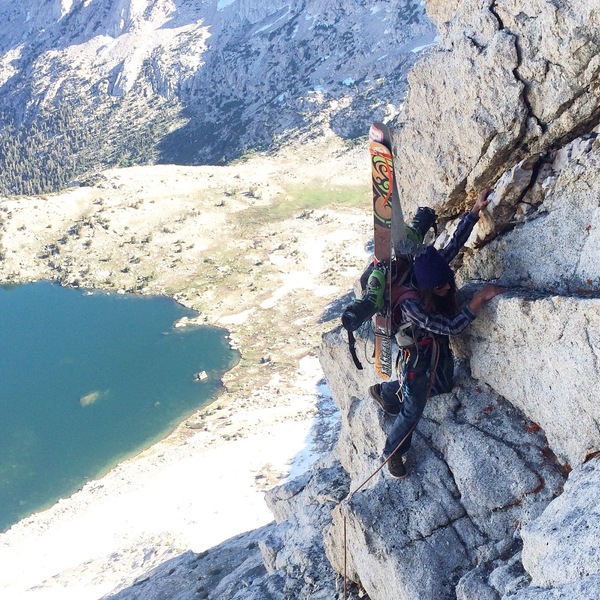 [Hide Photo] North Peak has great summer skiing. It can be a great link up to take the north ridge to the top and then ski down one of the couloirs. Here’s Matty Anderson sending in his jeans and skate shoes on… 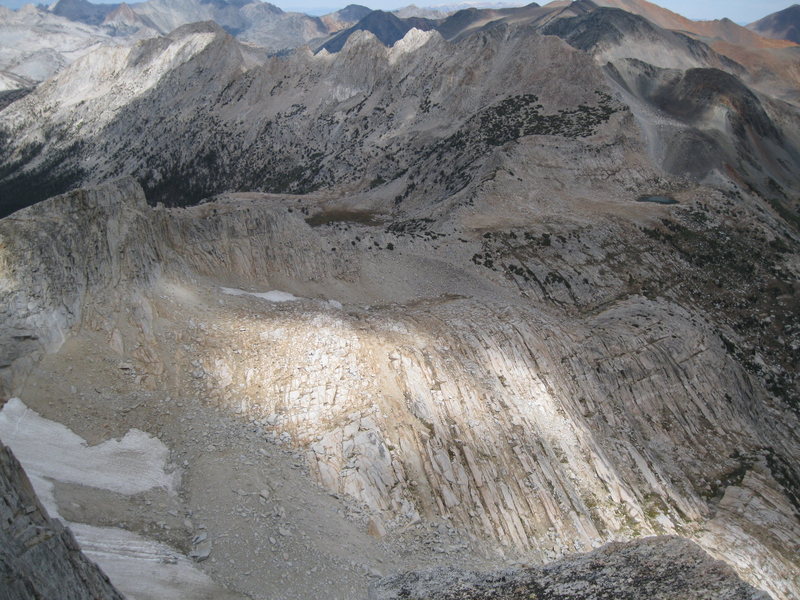 [Hide Photo] Looking at most of the Northwest Ridge from the summit of North Peak. 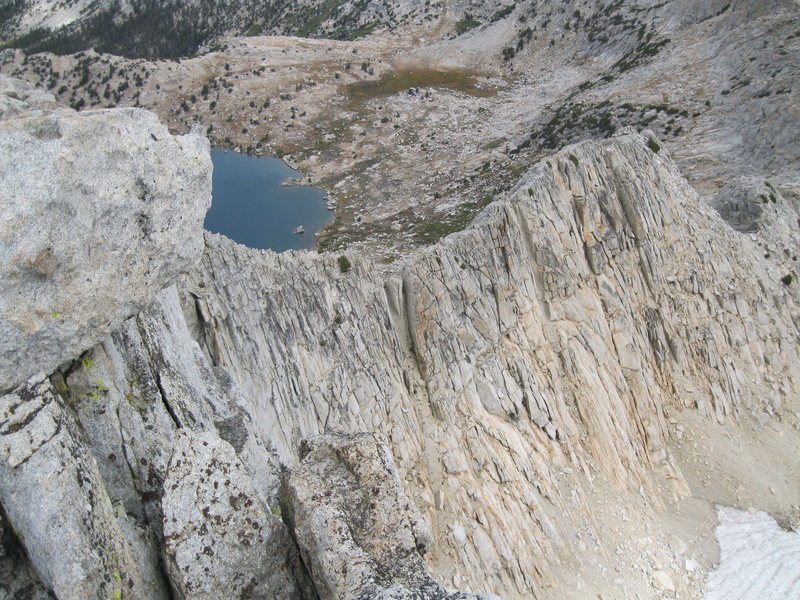 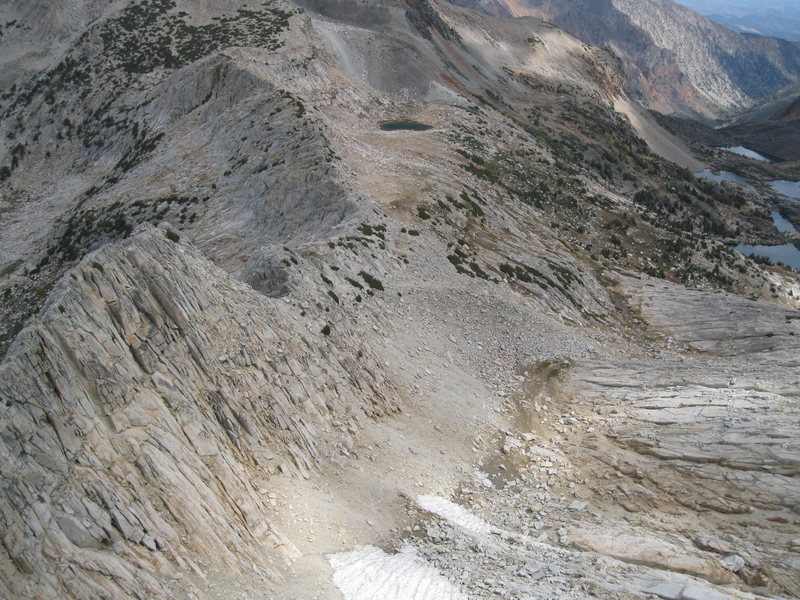 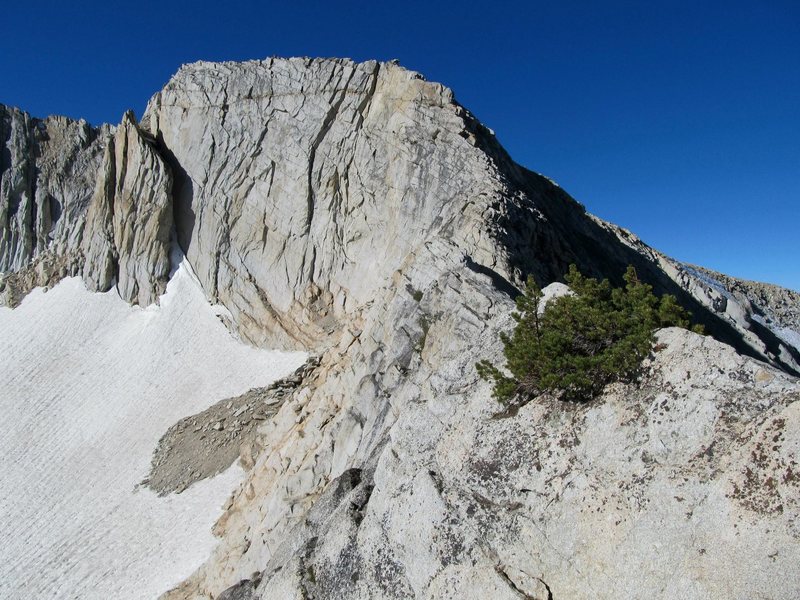