I sat under the shade of the tree below Sweeney's Special after soloing Easy To Remember, and I just sat there in a daze thinking about the people in my life that I have lost. I just looked up at the steep, beautiful, colorful arête that shot straight up in the sky. It was like looking at a pathway to heaven. I was sitting in the great hall of Odin (a great legendary god). I felt the presence of late, great climbing partner Jimmy Forester and my late nephew who grew as a climber and person before being taken from us. Both of them fought the great battle of life. As I sat there, I could see holds to start appearing. I asked a good friend Matt King to help me put this route up. I wanted to put it up ground up, but it was so steep and nothing to hook. So I rapped in only to realize that after a short rappel I was out in space. So I heel hooked and basically downclimbed/ rappelled in to install each bolt. After ab crushing and bicep pumping work, we had all the bolts in except 1 at the start of the traverse. Matt tried to pull me in but no way. We had to climb Sweeney's Special, and I tensioned way out left to install the last bolt as to make sure it did not take away the Sweeney's Special adventure. 6 tries later each with a biceps and forearm pumping attempt we have Valhalla: where warriors who die as heroes and legends in battle dwell eternally. Thanks, Matt, for the work and support.

Rap the routes. We worked the route from the tree and when lowered down the belayer would throw out some slack to pull you in.

Gear for Easy To Remember or Texas Sucks then gear for Sweeney's Special and then 5 draws to the top. There is a chain anchor. 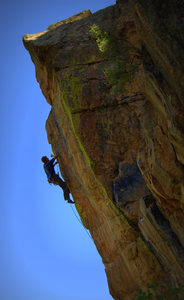 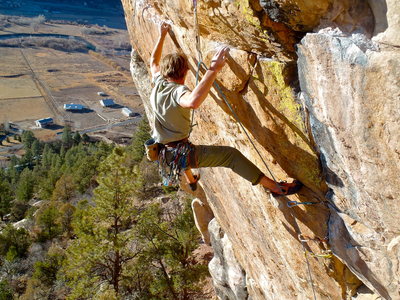 Sussin' the traverse moves... thank God for per… 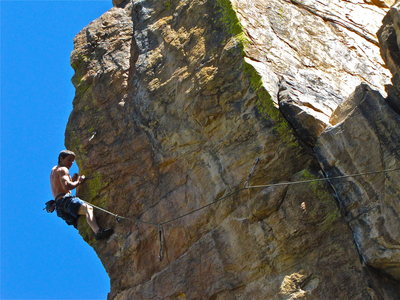 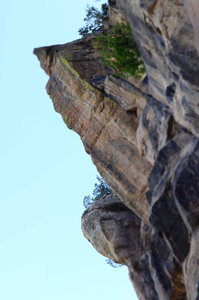 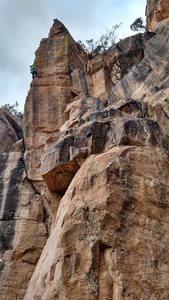 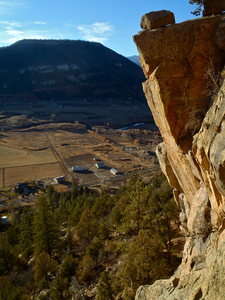 Valhalla takes the striking arete on the left.