The route typically starts by taking the Tramway de Mont Blanc (TMP) from Saint-Gervais-les-Bains to Nid d'Aigle. From here, the climb follows up a rocky path to the Refuge de Tête Rousse. At this point, the route goes toward the Goûter Corridor (also known as the Grand Couloir). This Couloir is perhaps the greatest objective danger of the route as it is often peppered with rockfall. Crossing it early in the morning will help to minimize the risk of rockfall. Conversely, in the evening, the sun will often loosen the rocks higher up and the risk can be greatly increased.

Once across the couloir, climb the north ridge of the couloir (which is much less prone to rock-fall than the couloir proper) up to the Goûter Hut.

After passing the Refuge-Bivouac Vallot, continue toward the summit on an increasingly narrow and exposed snow ridge. A final steep section will lead to the summit of Mont Blanc.

4-6 hrs from the Goûter Hut to the Mont Blanc summit. 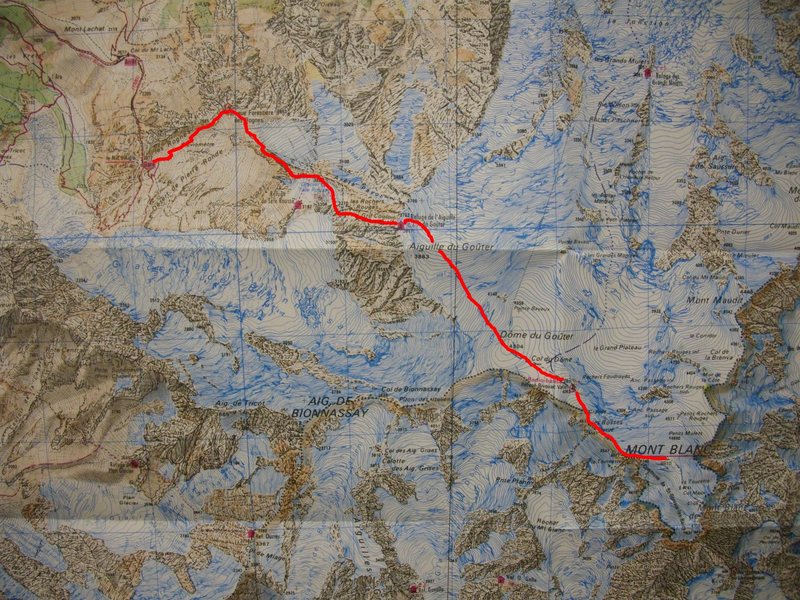 None. There is a fixed cable across the Goûter Corridor which can be clipped into. Bring a very long sling (or use a cordelette or rope) to connect to it.

Around 4600m there is a new crevasse with a snow wall. Local guides belayed it with a fix rope but you have to step a long across the crevasse. 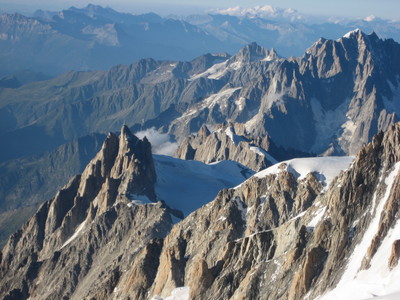 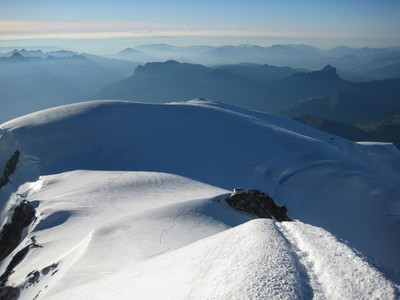 Refuge-Bivouac Vallot from above; close to 8PM… 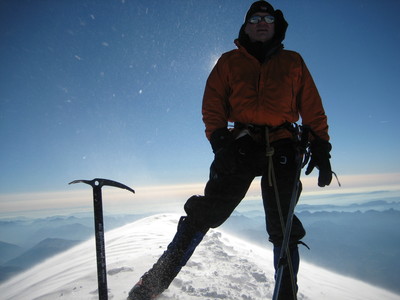 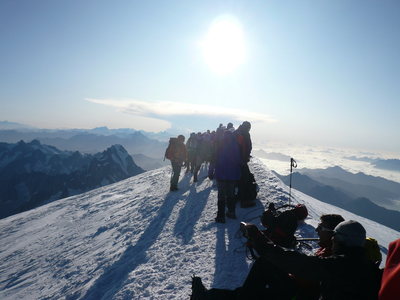 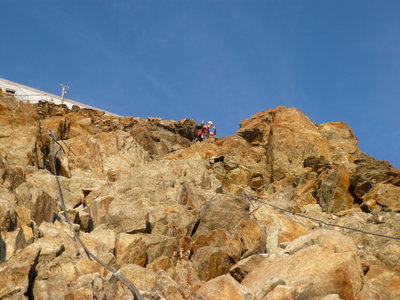 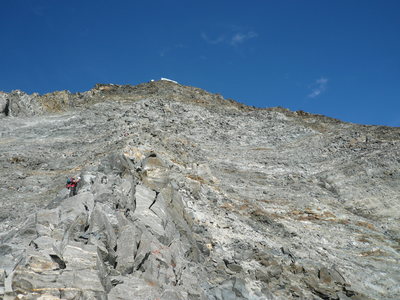 Going up the North ridge of the Grand Couloir l… 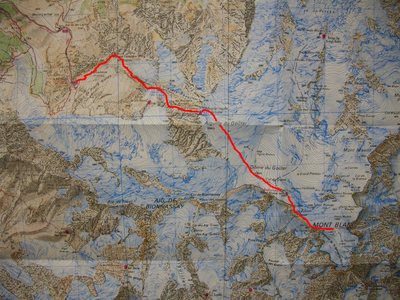 View of Mont Blanc at Sunset from the north rid…