How Can A Monkey Jump Over The Ocean ?

How can a monkey jump over the ocean? When you are the Son of the Wind, you can just do it! Run up the slab clipping five bolts. I placed two small camming units on the slab. The slab has a 5.9 opening move passing the first bolt. Clip 8 more bolts above the slab. Hard moves run through the corner system and over the roof. Overall, the route has cool moves, hard climbing, and solid rock. Things stay tricky after the roof and run into some 5.11 moves.

Beta note: This route is all about rope management. It ascends a slab to a steep roof, and rope drag will crush the unprepared. My first run through on RP ended up with hideous rope drag above the roof. This can be easily avoided by taking half a dozen quickdraws with slings extended from the top carabiner. Minimally, sling the two upper bolts and cams on the slab, and all three bolts left of the dihedral, after that it is pretty clear sailing and needs no slings. It is a good idea to clip short at first and after the next higher bolt has been clipped, back clip the sling and unclip the short draw. This avoids potentially hitting a ledge when you start up the corner. The roof bolt can be clipped short.

Start in the main alcove, just right of the start to the diagonal route called Cross Cut. This is route "G" in the main photo for the Dome. Looking up toward the roof will make it is easy to find.

13 draws and several small to mid-size camming units, double bolt anchor at the top. A 60 meter rope will rap to the ground.

All photos shot by Anna Brandenburg-Schroeder while on belay, hence the butt shots. 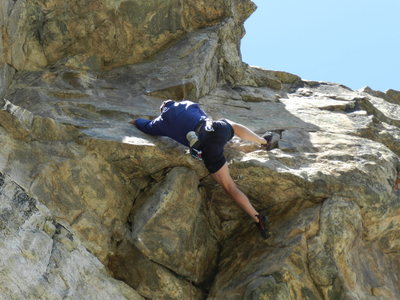 Pulling past the hook on killer jams. 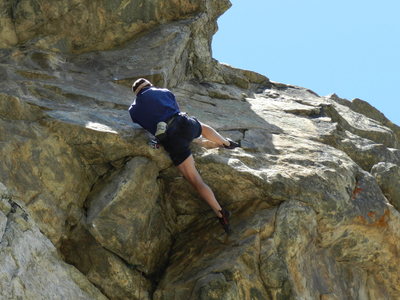 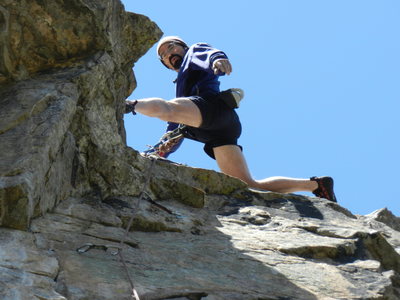 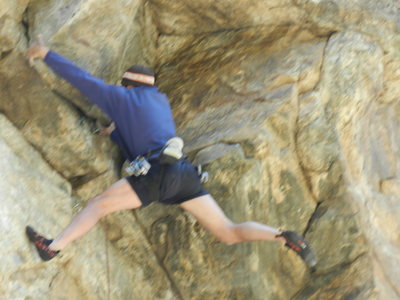 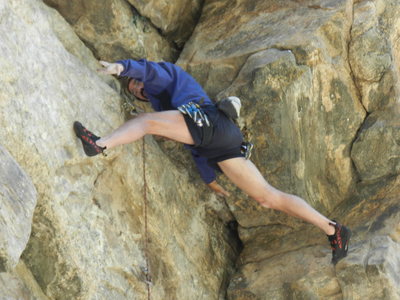 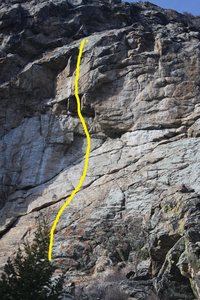 How Can Monkey Jump Over The Ocean? This is rou…

More About How Can A Monkey Jump Over The Ocean ?