Routes in Other Mothers

RSG has 9 bolts with a three bolt anchor, and it is 5.8 until the last lead bolt. The last few moves get harder and slightly more awkward, but they are fun. From the second to last bolt, you can bail left onto Black Bunny Rabbit, but you don't want to miss the end.

Edit: I added a new bolt near the bottom after a block fell off making a new crux just after the first bolt. This new lower crux is a thin, balancy .10b/c as you work from the first bolt to the third. The second bolt is the one that was added to help alleviate groundfall potential in this new crux. 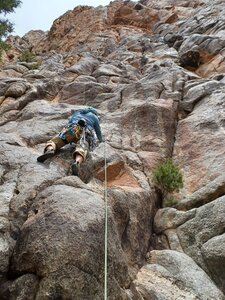 The block that kept this climb at 5.9 was to th… 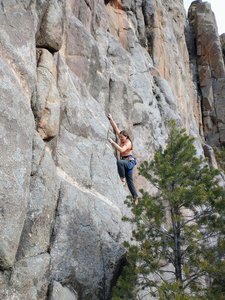 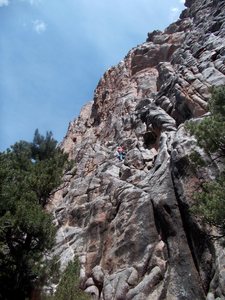 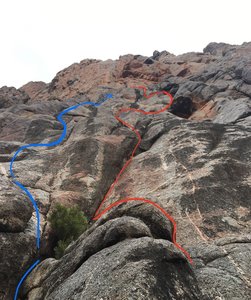 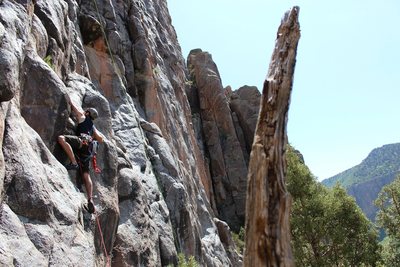 Nick moving above the second bolt on RSG. 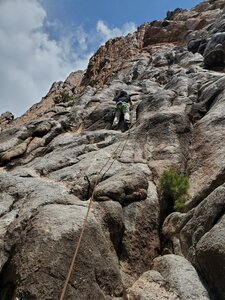 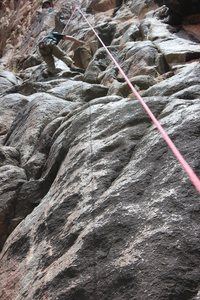 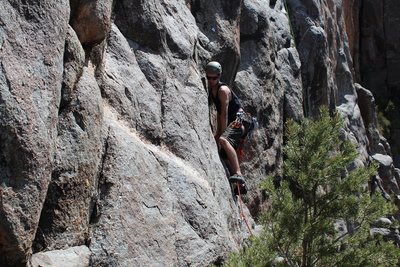