Route between Timeless and Gully Washer

There is a manky 4-bolt climb between Timeless and Gully Washer. It almost seems like a half-finished route. The first bolt is about 20 feet off the deck, but the first 3 bolts are all within like 8 feet of each other... then another run-out through dirty rock leads to the final bolt which is followed by a sharp traverse left to the Timeless anchors. This is just terrible. We got on this route initially thinking it was Gully Washer (as it's currently the first route to the right of Timeless). Boy, what a mistake. Avoid this route! Is it a joke? Is it half finished?

This is the THIRD sport climb down from the top, right-most climb:
Highest (most right), with the bolt on the lip of a small overhang: Wet Dreams
Nearly the same start: Gully Washer
20' below them, at the big pine tree, this crap climb up the trough with high first bolt.

It is not in D'Antonio's guidebook.

This lies between Timeless and Gully Washer. 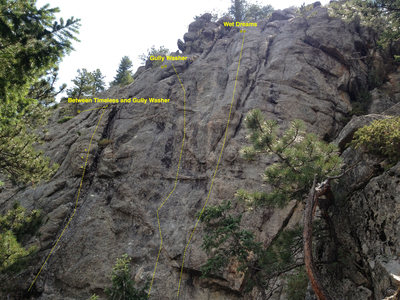 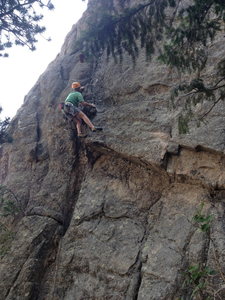 The crux, with 3 bolts just a couple feet apart. 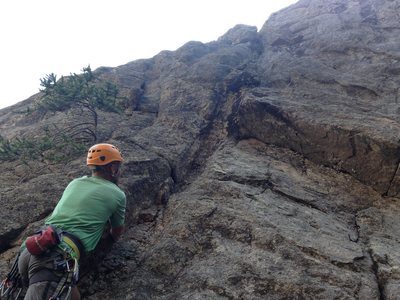 The start, with a mildly tricky move, a long wa…

More About Route between Timeless and Gully Washer