This fantastic line is actually located on a long buttress of rock about 50 yards to the east of Squirrel Rock/Upper Walt's Rock. The route more-or-less follows the blunt southern arête of the formation.

This long and varied pitch starts with a finger crack followed by a short face crux past a bolt. A right-facing corner is then gained, eventually stepping out right onto airy and exposed face past 3 more bolts on the final headwall. There is some loose stuff on the upper half, probably due to lack of traffic. Adequately protected and a worthy tick. Easily 3/4 stars.

On a separate buttress of rock to the east of Squirrel Rock and Upper Walt's. Rappel from the north side of the formation from bolts with a single rope.

4 bolts, gear from fingers to 2". A single set of cams should suffice. Gear anchor, with bolted rappel station on the north side of the rock. 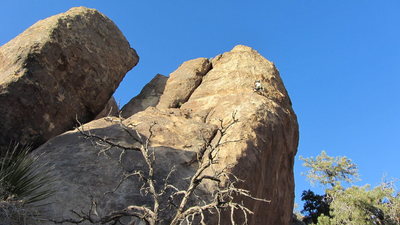 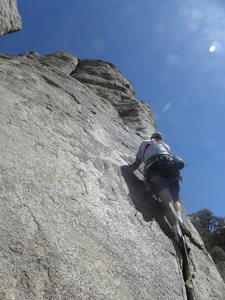 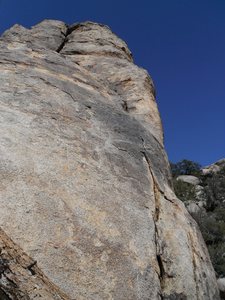 Escape to Queen Mountain, 5.10a

More About Escape to Queen Mountain