Freedom's Just Another Word for Nothing Left to Lose

Another newer multipitch line on the NE face of the Smith Rock Group, Freedom has excellent climbing for the majority of the route and is a totally worthwhile adventure. P1 was forgettable, but every pitch after that featured stellar climbing on comparably good stone.

While the rock quality isn't as good as the well-travelled single pitch classics, it's quite good, especially when compared with the routes around it. The position and movement are exceptional.

P1: 10a, 20m. Scramble 20' up to the first bolt and blast off making the occasional techy move on licheny, slightly loose rock. 6 bolts.

P2: 5.11, 25m. Delicate opening moves give way to excellent incut jugs and crimps up a gradually steepening corner. One hard move at the finish brings you to an anchor around to the right. Fun movement (reminiscent of Panic Attack) on better rock. 10 bolts.

P3: 5.11, 35m. Scramble up to the base of the headwall, clip the first bolt, and commit to steep moves on good holds. The angle rolls over pretty quickly, but the moves stay on you as you climb up the slabby, splitter seam. Step right to the anchor. 8 bolts and gear.

P4: 5.12, 25m. Walk over to the right side of the arete and clip the first bolt. Be self-aware moving to the second bolt as the first bolt isn't going to do much to keep you from landing on the belay ledge. The moves wouldn't be too bad to reverse if you realized you weren't going to make it, but are by no means trivial. After that it's classic thin slab climbing up the right side of the arete with amazing exposure and position. This would be a tough onsight without chalked holds. 6 bolts.

This pitch can be avoided by climbing the bolt line immediately above the belay at 5.11. (make sure to cut back right to the anchor at the top of the arete, otherwise you'll end up on Good Old Days)

P5: 5.11, 30m. Another delicate traverse right gains a left leaning crack system. Slabby moves take you to a roof crux and sustained, leaning fingers for 20'. Good holds lead right to a line of bolts up a spectacular headwall with awesome climbing on good rock. 7 bolts and gear.

All pitches can be rapped with a 70m Rope. (except the summit pitch) I'm sure somebody could make it work with a 60 and some trickery, but you should really bring a 70 to rap.

You could also bring shoes and walk off the backside. (15 minutes summit-Asterisk Pass) 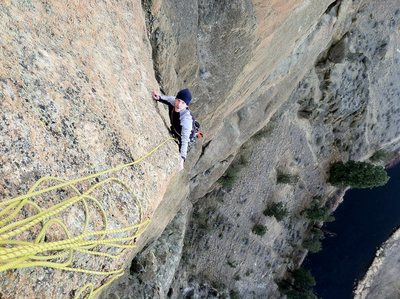 Mike D savoring the exposure on the crux pitch. 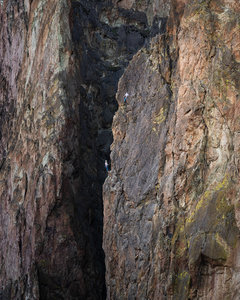 2 climbers on the route. Unsure which pitch. Ta… 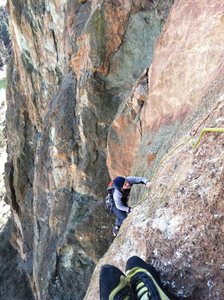 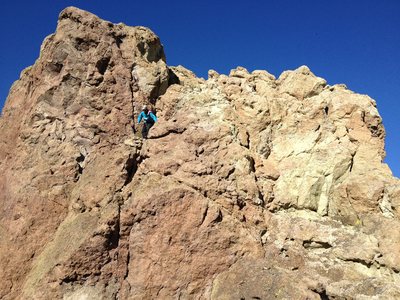 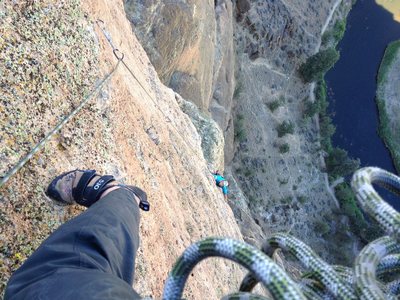 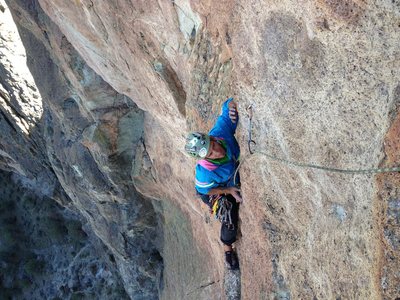 The face section of the Good Ole Days Variation… 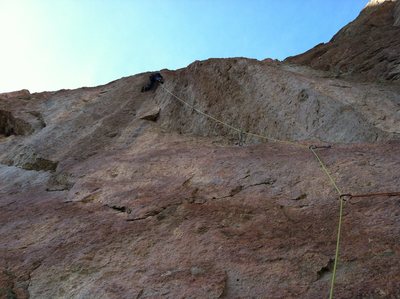 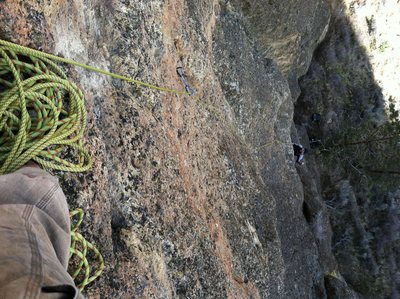 More About Freedom's Just Another Word for Nothing Left to Lose