Paul Allen and Steven Horvath got a late start on July 27th due to racing clouds in the morning, yet got up a 22 pitch rock climb in six hours that day. The route starts dirty, then cleans up and eases off, finishing on an exposed arete. No word on descent route or method of approach. (CAJ, p81, 1989)

Watch out for the crevasses on the approach. My 1961 map shows no permanent snow on the approach. However, peakfinder shows lots of crevasses. The missing glacier is marked with light blue on the photographed map. Steven Horvath wrote in the CAJ: "Finding our way up the broken up glacier and getting from snow onto the rock was probably the trickiest and most dangerous part of the day..."

Houston Lake was also missing on the topographic map and sketched with dark blue. 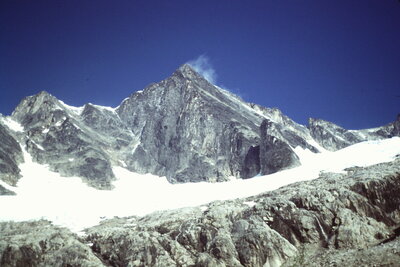 Mt Proteus from just above camp on one of the r… 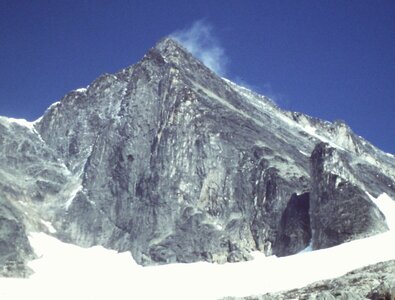 "Close up" of Proteus (cropped from previous p… 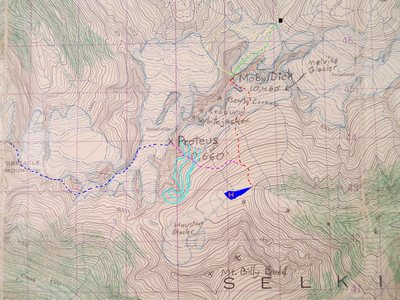