From camp, ascend north towards Forbidden's South Face. Reach a notch in the ridge and go left around the first gendarme. You'll reach a bivy spot where you can leave your boots+crampons,etc.

From the bivy spot climb a few pitches of low class 5. Climb up a second gendarme and knife edge ridge. After climbing the third gendarme you'll need to rappel into a narrow notch, there's plenty of tat. The third gendarme can be avoided by climbing around it on the north side. The second last pitch is the crux pitch, 5.8 (nothing difficult).

Descent the north side by rapping and traversing climber's right. We made 5 rappels and simul climbed until we reached the bivy site where we stored our gear.

A set of cams, half a set of nuts (small nuts), lots of slings. 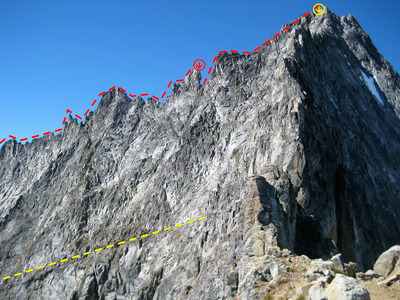 The East Ledges from the North Ridge. Route in… 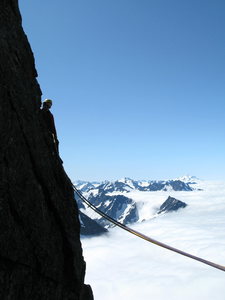 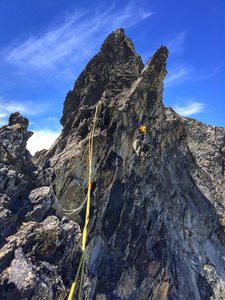 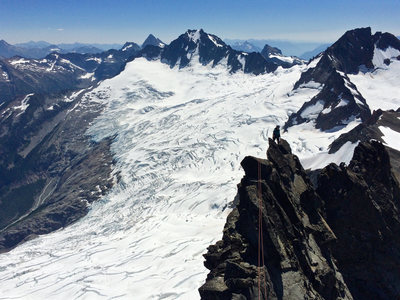 Near the top of the ridge on July 4th 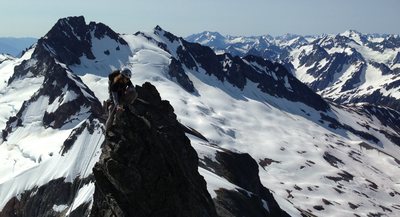 On the East Ridge. 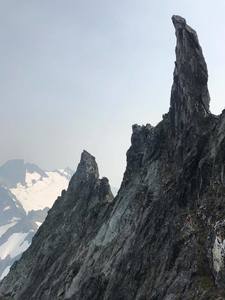 Exposure looking back at the ridge line from be… 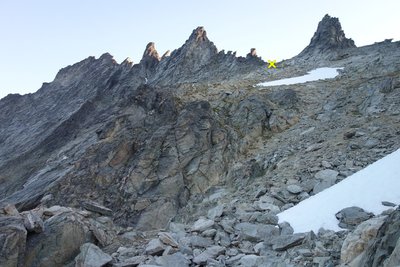 Near the start (X) of the east ridge in August…

Traversing roughly halfway through the route. 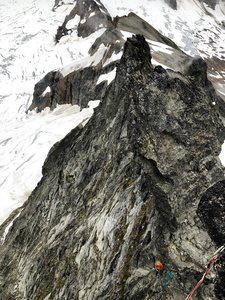 Looking down on the belay from the top of the c… 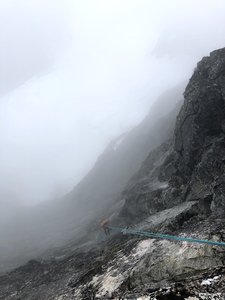 Rapping down the East ledges 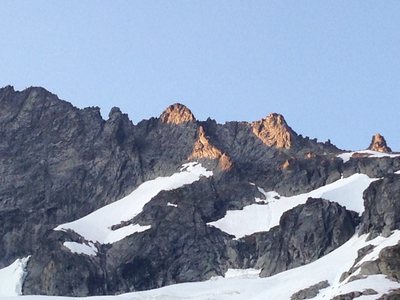