An afterthought for most climbers, when 'in' this route is better than Coors Ultra Light, which isn't saying much. I found it to be a fun easy romp on a moonlit night.

On 2-9-11 six easy steps of ice were in. The first is 4 meters of mixed WI2 M2 up a left-facing corner. After a short shelf, a wide WI2- flow forms between rock walls. Next, after maybe 100 feet of gully, the best ice on the route is found which is 4 meters of WI2 (right side forms a bit of a curtain). The next step is another 100 feet or so and wraps around a fir tree (WI2, 3 meters). Two more small WI2- steps finish the climb.

This stepped flow is approximately 2500 feet past the first tunnel on the north side as you drive west from Golden up the canyon (check out the google map location which is spot on). Its a drainage through a low angle cliff band which starts right off the road. After several days of near 0 degree temps and snow this can form several WI2 steps. A good after work solo outing when it's in.

Solo material? Downclimbing the route is pretty reasonable considering the difficulty. Make your own call. V-threads are possible in pools above each step, or slung boulders? 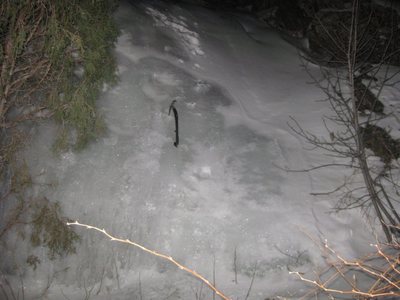 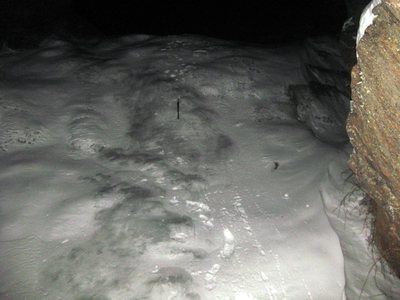 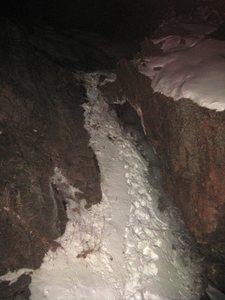 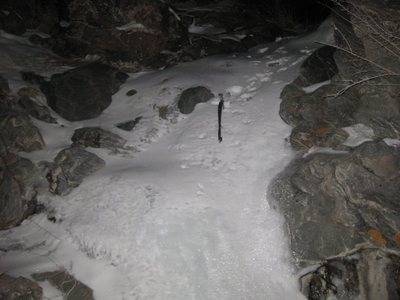 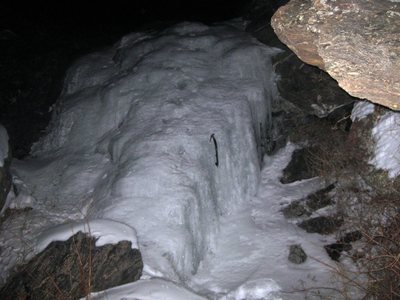