There are four routes on the east face. This is the second from the left. The bolts are painted green. The route to the right of it has yellow painted bolts (Rantanplan). 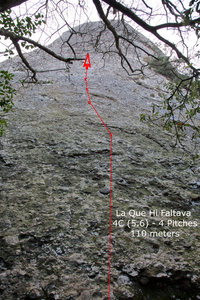